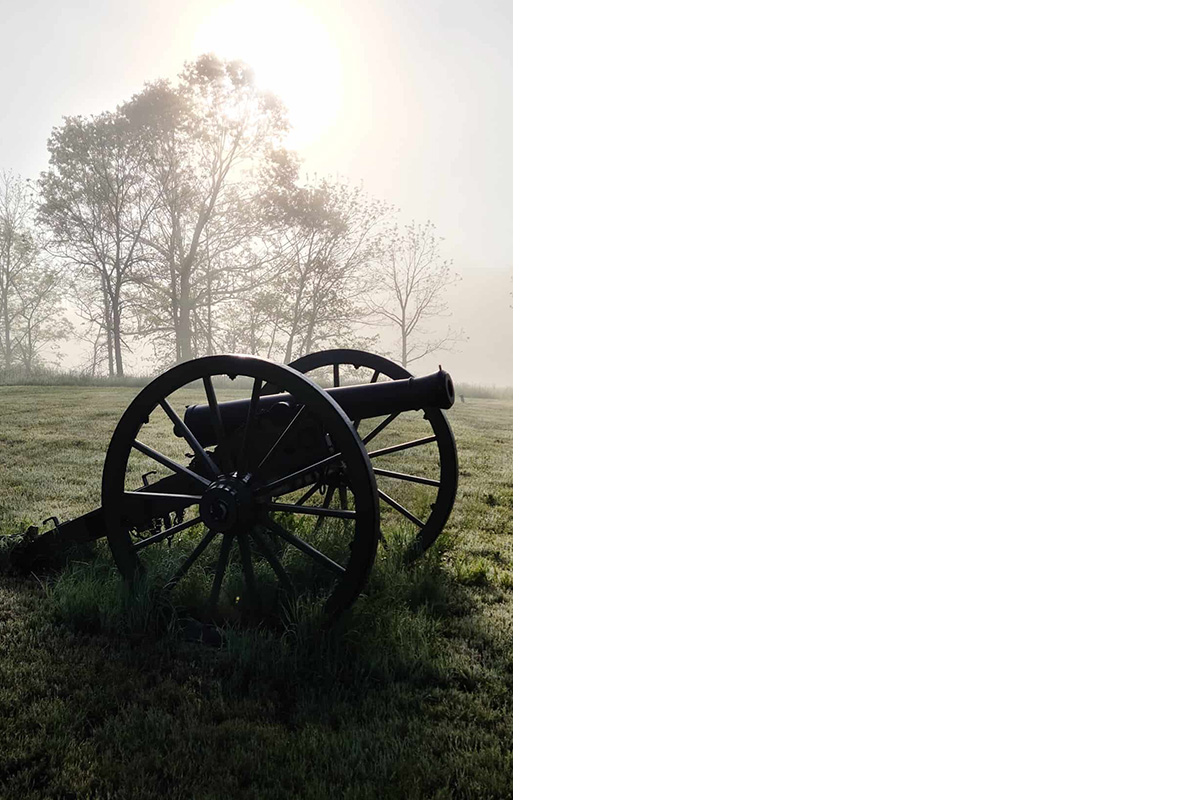 History: Who Needs it Anyway?

Have you ever thought to yourself, “Why am I learning about this?  I’m never going to use this again!”? Me too! I thought that many times when I was younger – whether it was history or another subject.  Who cares which kings fought each other? Does it really matter to know a bunch of names, dates, and places?  How are these “useless” facts going to help me in life?  Will knowing why Brutus plotted against Caesar help me get a job? Will knowing that the Battle of Wilson’s Creek was fought on August 10, 1861, pay the bills?  This was what I thought for a very long time.  I disliked history as far back as I can remember.  As a student, all I cared about was passing the test and nothing more.  Now as an adult and a father, I realized just how wrong I was, and I’ll tell you why.  But first, it’s important to tell you about Wilson’s Creek National Battlefield.

The Battle of Wilson’s Creek, also known as the Battle of Oak Hills, was the second major battle of the Civil War and the first major battle west of the Mississippi River.  It was fought on August 10, 1861, ten miles southwest of Springfield, Missouri. Brigadier General Nathaniel Lyon led a Union force of 5,400 men against 12,000 Confederate and Missouri State Guard soldiers under Generals Benjamin McCulloch and Sterling Price. Though outnumbered 2-1, General Lyon planned a surprise attack on Confederate forces in the early morning hours. After six hours of fierce fighting, the Union troops retreated to Springfield without their bold leader. Nathaniel Lyon became the first Union general killed in the Civil War. Although Lyon lost the battle and his life, his daring action spurred a greater Union effort in Missouri, which prevented Confederate control of the border state.

Today, Wilson’s Creek National Battlefield preserves nearly 2,000 acres of the battlefield with many experiences for dads and their kids. Come tour the historic Ray House, which was turned into a field hospital for the injured soldiers and where General Lyon’s body was taken after the battle. Families can hike on Bloody Hill and imagine what the soldiers might have been feeling as they fought for their cause. The newly renovated Visitor Center and Museum features a collection of artifacts considered to be one of the finest publicly held museum collections representing the Trans-Mississippi Theater of the American Civil War.

Are your kids not interested in history yet? Come try our Junior Ranger program! After completing fun activities in the Junior Ranger book, kids earn a Wilson’s Creek Junior Ranger badge. One of the highlights of my job as a ranger at Wilson’s Creek National Battlefield is to watch the excitement in the children’s eyes as they say the pledge to become an official Junior Ranger. Occasionally, an adult will request to complete the Junior Ranger book as they have been collecting badges from all over the country since they were young. It is a joy to see one generation teaching the next the importance of our shared history.

You don’t have to love history to find something that interests you at Wilson’s Creek National Battlefield.  While our mission is to tell the story about the Battle of Wilson’s Creek, we have many opportunities for discovering something you may enjoy. The battlefield grounds provide an ideal outdoor setting for dads to connect with their kids.

An outdoor adventure may include bicycling the 5-mile Tour Road, hiking sections of our 10-mile trail system, viewing and photographing wildlife, or picking blackberries. These fun experiences may lead to conversations about why the park exists and a discussion of the ideas that clashed violently on a hot August day in 1861.

Meaningful experiences with my father were the starting point on changing my perspective of history. My father never stopped pouring into my brothers and me about our family’s past.  My dad was a man who was passionate about history and respected it.  He’d often tell us kids, “You must know where you have been to know where you are going,” and “To not know what happened before you were born is to be forever a child.” We always rolled our eyes and said, “Yeah, whatever, dad.”

Over time though I started to appreciate history little by little while growing up.  Small things would spark my interest, drawing me to my dad for more information.  This would produce conversations with him that built on our relationship. I remember one time sitting on my parents’ front porch having a conversation about the Lewis and Clark expedition west. I even remember thinking that I should have paid more attention in class on this subject. We sat in those rocking chairs and had one of those father-son moments that I still remember to this day.  During one of these conversations, my mom stepped out asked what we were doing. My dad replied, “We are bonding.” Simple as that.  I started to realize that all these moments and memories with my dad are due to history.

After that conversation, I started to respect history more, and I realized that maybe my dad was right all along.  I started to enjoy history and learn from it, but there was still some doubt.  I still wondered how history applied to everyday life.  When my senior year in high school came along, I decided to take a class on the Civil War. Surprisingly, I enjoyed the class, and especially the extra time that I spent with my dad discussing the topics. He helped me with projects, and we had conversations about the war.  We both started to learn more about each other and the beliefs we shared, and some that we disagreed on.

Eventually, I realized that history is important in everyday life, in some ways more than you would ever know.  I guess you could say that it just clicked.  At that moment I started to reflect on what my dad taught me and what I learned from history.  I realized that history – my past – our collective past – has molded me into who I am today.  My father introduced me to history at a young age, making me appreciate history to a greater degree later in life.  History taught me a sense of identity and a growing thirst for knowledge to learn where I came from and those before me. I wanted to learn about my ancestors and the struggles and sacrifices they endured. I wanted to learn about all the people and their experiences that made this country what it is today. Have there been mistakes in our country’s past? Have I made mistakes? We may not always be proud of what took place in the past, but it created and shaped who we are as individuals and as a nation. History allows us to reflect, learn, and grow from it. Perhaps our mistakes could be corrected and become our success in the future.

I now have taken that passion for history and turned it into a career with the National Park Service. It is an honor to give people from multiple generations opportunities to learn about the Battle of Wilson’s Creek. I enjoy seeing the amazement in people’s eyes as they appreciate an artifact in our museum collection or discover an ancestor who fought here using resources in our extensive research library. It is a joy and a privilege to help dads and their kids plan out their adventure on the battlefield. Those experiences remind me of the special connection that my father and I had thanks to a love of history.

What’s funny is that I’ve now become my father.  The tables sure did turn when I became a father to my son.  I wonder how I’ll teach him the importance of history. Will he learn from it? Do I repeat those phrases to him that my dad did with me? Maybe if I text him instead, he’ll pay more attention.  It is important to me that I lead him in this direction, and hope that he too learns from it, just as I did. I hope that history will give me and my son a chance to bond and create memories, just as it did for me and my dad.  While I realize that history is important to learn, it was just as important if not more, that it is what brought me and my dad closer together.

In the words of Martin Luther King Junior, “We are not makers of history. We are made by history.”