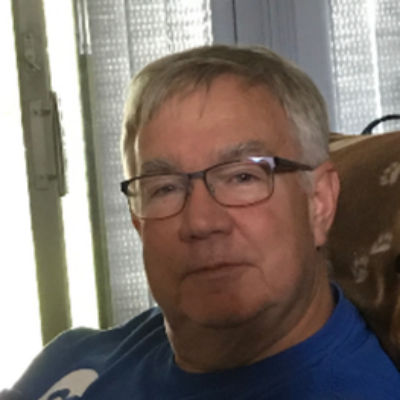 Larry Andersen graduated from Concordia Lutheran College, Portland, Oregon, in 1977, with an Associate in Arts degree, and then transferred to Concordia Lutheran University in Seward, NE, where he earned a teaching degree in 1979.

Larry was a teacher and an administrator 39 years in Lutheran schools in Colorado, Washington, California, Minnesota, and Missouri.   He received his Master’s Degree in Administration from Pacific Lutheran University in Tacoma, WA, in 1983.
​
Larry and his wife, Rhonda, are trained as facilitators in Marriage Enrichment through the Lutheran Church Missouri Synod. They have led several weekend sessions in Missouri and Minnesota. 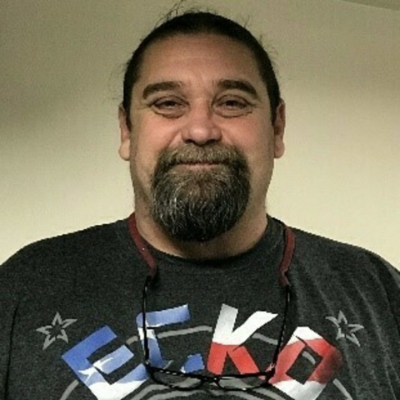 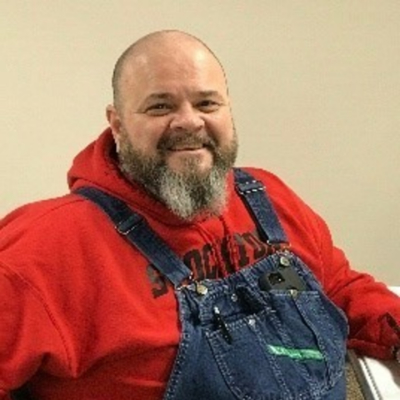 Eric was raised in a cross-cultural environment as a missionary’s son and speaks three languages.  He has worked in information technology since leaving military service and is a cyber security specialist.  He is the proud father of two adult children and is passionate about the critical importance of a father’s involvement in the raising of his children. 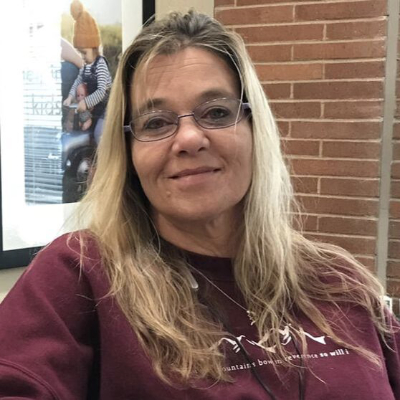 ​Amanda Fowler is a house manager at New Beginnings Sanctuary.  She has been in the program for one year. Amanda and her husband were asked to take the facilitator training class for the “Within My Reach” curriculum. They are planning to teach a class soon. 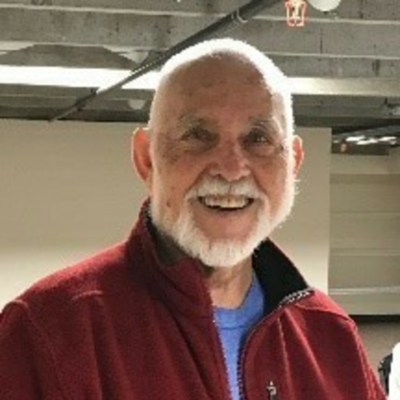 Ronnie G. Merritt graduated Concordia Teachers College in River Forest, IL, in 1964.  He received his Master’s Degree from the same university in 1976.  Ronnie served as a missionary in Nigeria, West Africa from 1964-1979 as a Literacy Specialist.  Ronnie also taught in the Lutheran School system as well as serving as a campus missionary from 1979-2001.

From now until eternity, Ronnie plans to be a volunteer, teacher, and servant as needed.

Ronnie’s connection to Good Dads is through Dr. Jennifer Baker.  He heard about the opportunities that Good Dads had to offer.  He asked Dr. Baker about it, attended training as a facilitator, and helped facilitate a class at Victory Mission. 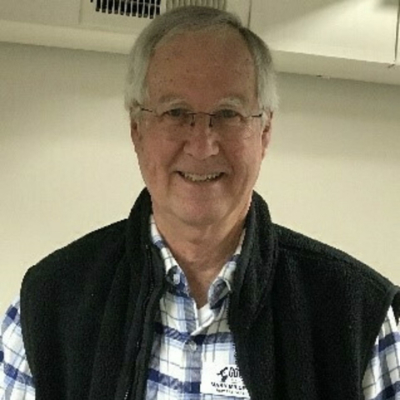 ​Mark’s connection to Good Dads began eight years ago through the Operation Us program led by Dr. Jennifer Baker. He was a trained instructor with the PREP program, which he used as a pastor in West Plains, MO. When he retired and moved to Springfield, he began helping Good Dads as a liaison to the churches in the area.

A year later, he was trained as a facilitator for the New Pathways for Good Dads program. Mark has been a supporter of Good Dads because he feels it is one of the few programs in our area to help families. Mark has been concerned about the state of the American family for a long time. Good Dads is doing something to make a difference and he likes that. 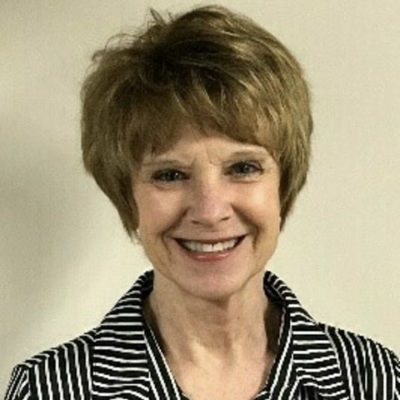 God has blessed Janice with a marriage of 46 years to a wonderful man, two married daughters, and one teenage grandson.

She holds degrees in elementary education, learning disabilities, and guidance & counseling.  Janice spent 45 exciting years in education before retiring.
Throughout a 15-year period, Janice and her husband led mission teams to build Lutheran churches in Brazil and Africa.

With her experience with children in education and mission work, she has seen the importance of a father's positive role and influence in a child's life.  Janice is excited to be a part of the Good Dads program to help fathers become more active in their children's lives. 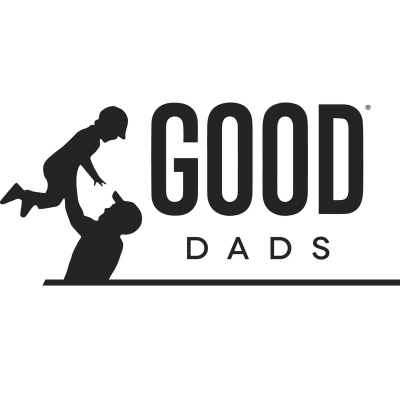 Teddy is the Founder and Executive Director of ASCENT Recovery Residences. She holds a Bachelor of Science Degree in Social Work and a Teaching Certificate in Secondary Education. She also holds certifications through the Missouri Substance Abuse Credentialing Board as a SATOP Qualified Instructor, a Missouri Associate Alcohol & Drug Counselor II, a Missouri Certified Peer Specialist, and a Medication Assisted Recovery Specialist.

She has 32 years of sustained substance abuse recovery. Teddy serves on the Workforce Investment Board. She is the Missouri Re-entry Committee Chairperson for District 9 and District 33 Missouri Probation and Parole office. Teddy heard about “Good Dads” after Dr. Baker did a presentation at the Recovery Coalition in Springfield.

Her Program Director came back and said he heard about a program that he knew she would be interested in because it was so in line with their Mission and what the ASCENT Recovery program was founded upon. Teddy contacted Dr. Baker and ASCENT Recovery became a partner in the New Pathways for Good Dads program, and she was trained as a facilitator in the Fatherhood Development Curriculum as well as the Within My Reach Curriculum. 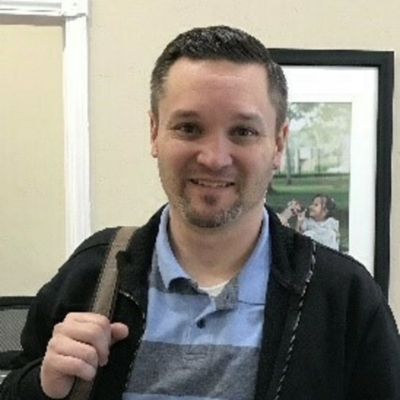 ​Kevin Stratton is a 42-year-old father of two. He has been married for nine years. He is currently a PLPC at Victory Mission in Springfield, Missouri. Kevin has a Master’s degree in Counseling, and he and feels called to be an encourager with his life. 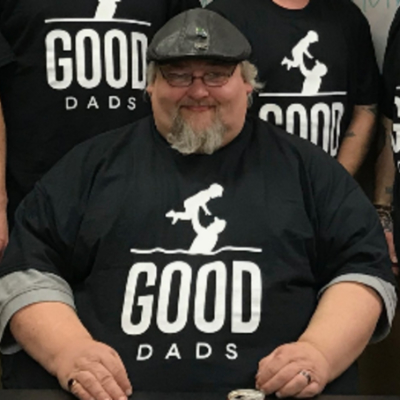 ​Aaron started as a dad in a “Good Dads” class. He was then trained as a facilitator in the Fatherhood Development Curriculum as well as the Within My Reach curriculum. As a facilitator, Aaron says, “I get to help fathers in many ways that I wish I would have had 30 years ago. I raised my son on my own from age 4; he is now 34. Dads are vital in the lives of their children, as are mothers. But, the sad truth is sometimes mom and dad cannot be together as a couple.“

Aaron feels that “Good Dads” is a vital and needed program. He is honored to know Dr. Baker and the whole “Good Dads” team.

Thank you! Your submission has been received!
Oops! Something went wrong while submitting the form.