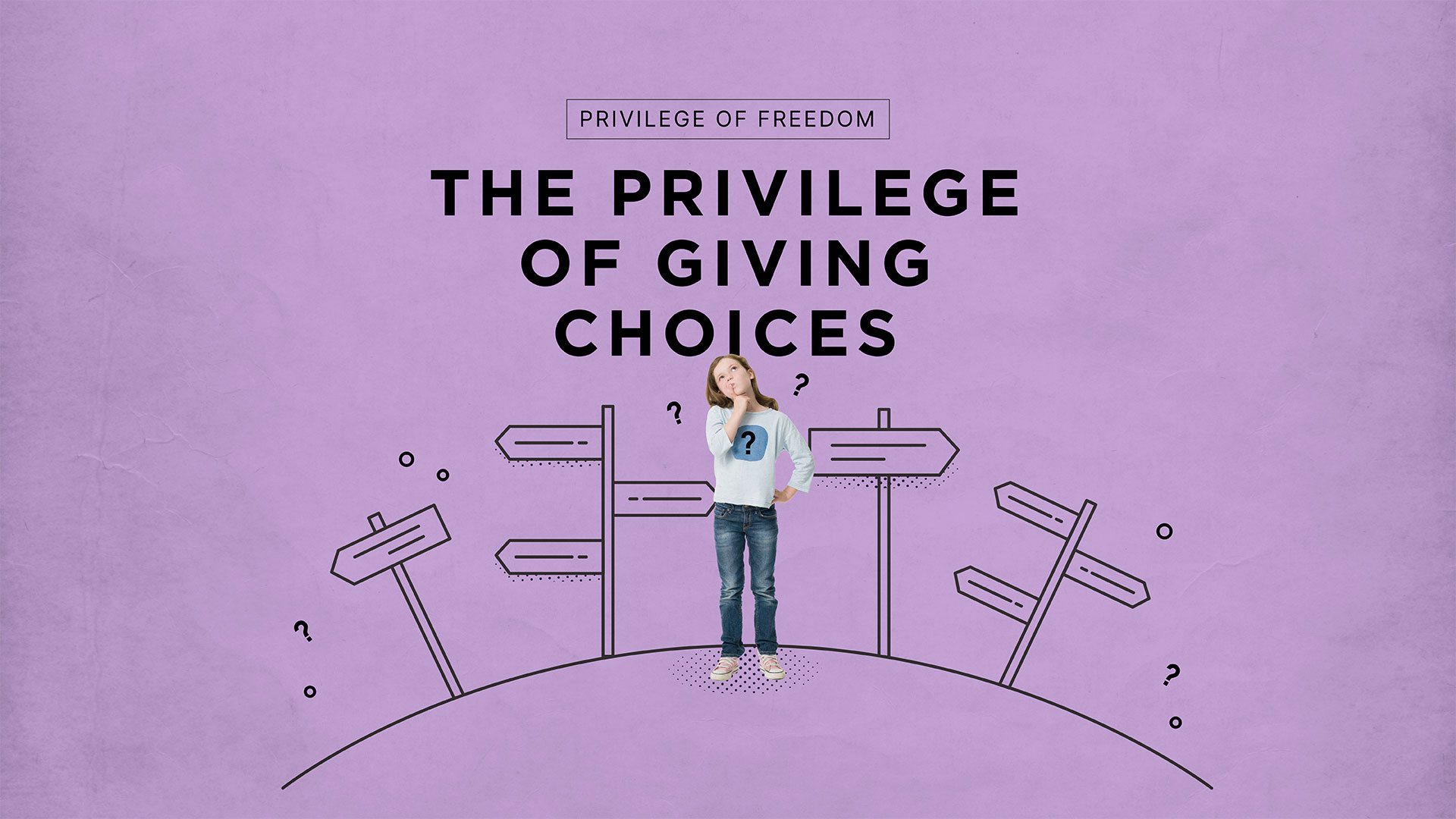 Freedom to Learn the Privilege of Choice

What to make better decisions? Make a few bad ones.
‍

Generally speaking, the best learning occurs when we make a poor choice, are allowed to suffer the consequences, and get some guidance from the caring people in our lives in the process.

The problem is, many children today are not allowed to make many poor choices until the price tag on those decisions is more costly. Their parents tend to hover and protect, guide and decide their behavior when they’re young and then back off at the precise time when the cost of making a poor choice goes up considerably. This tends to result in a lot of anxious, lacking-in-self-confidence young people. It’s a poor foundation for later adolescence, college and young adulthood.

Think about it. How did you learn not to spend your hard-earned money on worthless things? It’s probably because you had the opportunity to buy a few worthless things along life’s way and decided to make a better choice in the future.

Ideally, childhood should be a time when kids have the opportunity to make lots of choices about things that don’t matter, things with small “price tags.” The goal is that by the time they have less supervision and more freedom, they are practiced in asking themselves the question, “Is this good for me? Do I really want to do this?”

“Why can’t I just tell them what to do and expect them to do it?
‍

A lot of dads (and moms) ask this question—either in their heads or out loud. They often say things like, “I don’t know what the big problem is. I know some people struggle to get them to do what they want, but not me. When I tell them to do something, they usually do it.”

Even if you are one of these fortunate dads with almost-always-obedient children, it doesn’t mean that learning the art of giving your kids choices wouldn’t be a good skill for you to practice.

Here’s the problem with always telling your children what to do, even if it working well for you at this time. The day is coming when you will not be around to supervise your child and tell her what to do. In the not too distant future he will have far less oversight and you won’t be there to make his decisions.

For instance, do you want your child to listen to a voice outside his head telling him (e.g. his friends) what to do—especially when it involves something dangerous like riding in a car with someone who has been drinking? Or, would you prefer that he had internalized some ability to make a good decision on his own? In response to the option of riding with an impaired driver, wouldn’t you rather he be asking himself, “Is this good for me?”

To help your child grow in decision making skills, offer her lots of opportunities to decide. Here are some examples:
‍

“Do you want to wear the red shoes or the blue shoes?”

“Do you want to eat your cereal first or your toast?”

“What would be better for you, doing your homework before we eat dinner or after dinner before bed?

“Would you like to clean your room Thursday or Friday?”

“Would it be better to for you to use your screen time for an hour before supper or an hour after?”

“Would you rather clean the bathrooms downstairs or upstairs first?

In each of these scenarios, the parent still maintains important control over the situation, but also allows the child an opportunity to make choices that suit him or her as well. That is, there is no question as to the parent’s expectation about whether a household chore will be completed, but the child does have some choice in determining when and how.

The Land of the Free and the Home of the Brave

‍
Because we live in America, we have many chances to decide. We have the privilege of choice. If we want our children to know how to make the best use of this gift, this opportunity, this privilege of choice, then we must help them learn to make wise decisions by giving them many opportunities to choose for themselves especially when they are young and the price tags of those decisions are small. When we share the control with them by allowing them to choose, they will be better at living wisely with the many freedoms we are allowed as adults.