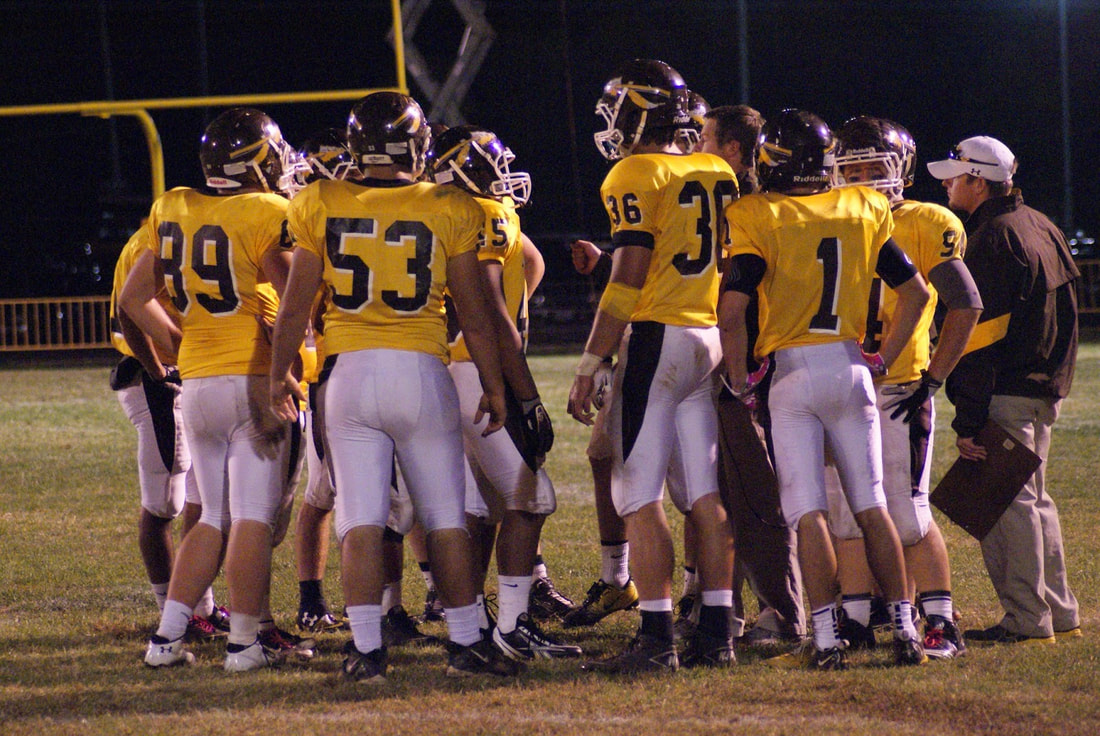 ​“In what areas of life do you find yourself most competitive? At work? In athletic activities? In card or board games? Debating controversial topics? “


That’s what the men at this week’s Good Dads lunch talked about around the tables on Tuesday. It was a lively discussion. We had just listened to Coach Dave Steckel, Missouri State head football coach, talk about the important qualities required for successful athletes. He emphasized the importance of A, B, C and D – attitude, behavior, care (as in caring about what we do), and discipline. These things, he said, were important to being a good competitor.

But Coach Steckel also said he thought children should not be introduced to organized sports at too early of an age. The experts agree. “Stec,” as he is also called, emphasized the importance of participating in more than one activity, being a well-rounded athlete.

So where does that leave us with competition? When and how early should a child be introduced to competitive activities? Is there a danger in starting too soon? How do you guide a naturally aggressive child who focuses on winning early and often? What about the child who enjoys playing with others, but demonstrates little concern for winning?

Competition does have its pros and cons. It can motivate people to try harder and do better. It offers an opportunity for children to learn to win and lose gracefully. It is “real life” in that we don’t always win or get what we want.

On the down side, too much competition can promote anxiety and damage self-esteem. It can encourage counter-productive activities like cheating or a lack of teamwork. Too great a focus on competition can also be a distraction, for example, a child worries so much about what she is doing she has difficulty being “in the zone” of the game. Experts are most concerned that many children, by junior high age, resist participation in a activity because they don’t see themselves as good enough, i.e., if they can’t have a reasonable chance of winning, they prefer not to engage. This is not good news for the rising trend in obesity and an obsession with "screen time."

​Relative to competition, cooperation is held in much higher regard by many. Experts say cooperation brings out the best in us, e.g., higher salaries, higher grades, greater creativity and increased self-esteem. Participants in an activity that requires cooperation also express a better sense of community, belonging and acceptance. They feel more in control of their lives and less dependent on the approval of others.

On the down side, too much cooperation can result in “group-think,” the “yes-man syndrome,” or misplaced conformity. We need leaders, entrepreneurs and innovators. We need people who know how to get along with others, but aren’t afraid to stick up for novel or unpopular ideas.

So how do we help children learn to compete and cooperate? Consider the following:

Focus on doing well. Coach Steckel said it. I recall my father saying it. I’m thinking every good coach says it. The best players learn to compete against themselves, paying attention to how to improve their own ability, as opposed to just beating an opponent.

Notice excellence in others. Help your child notice the good efforts of others and comment encouragingly. When you teach them to observe excellence in team members and say positive things, you reinforce the importance of working together, celebrating the abilities of all.

Reinforce team effort. Comment positively on the ways and times in which your child works well with others to achieve a shared goal, in athletic activities and other projects. This will help your child avoid thinking he is the center of his own little universe.

It turns out that children from about 3rd or 4th grade up tend to enjoy activities most that require cooperation and competition. They benefit from working as a team to achieve a common goal. They like to play a part in helping their group be successful. It's not an "either or" situation, but rather the right combination of both with a greater focus on collaboration and cooperation the younger the child.

‍Dr. Jennifer Baker is the Founder and Director of Good Dads. She is the wife of one, mother of two and grandmother of eight. She may be reached for question or comment at jennifer@gooddads.com.