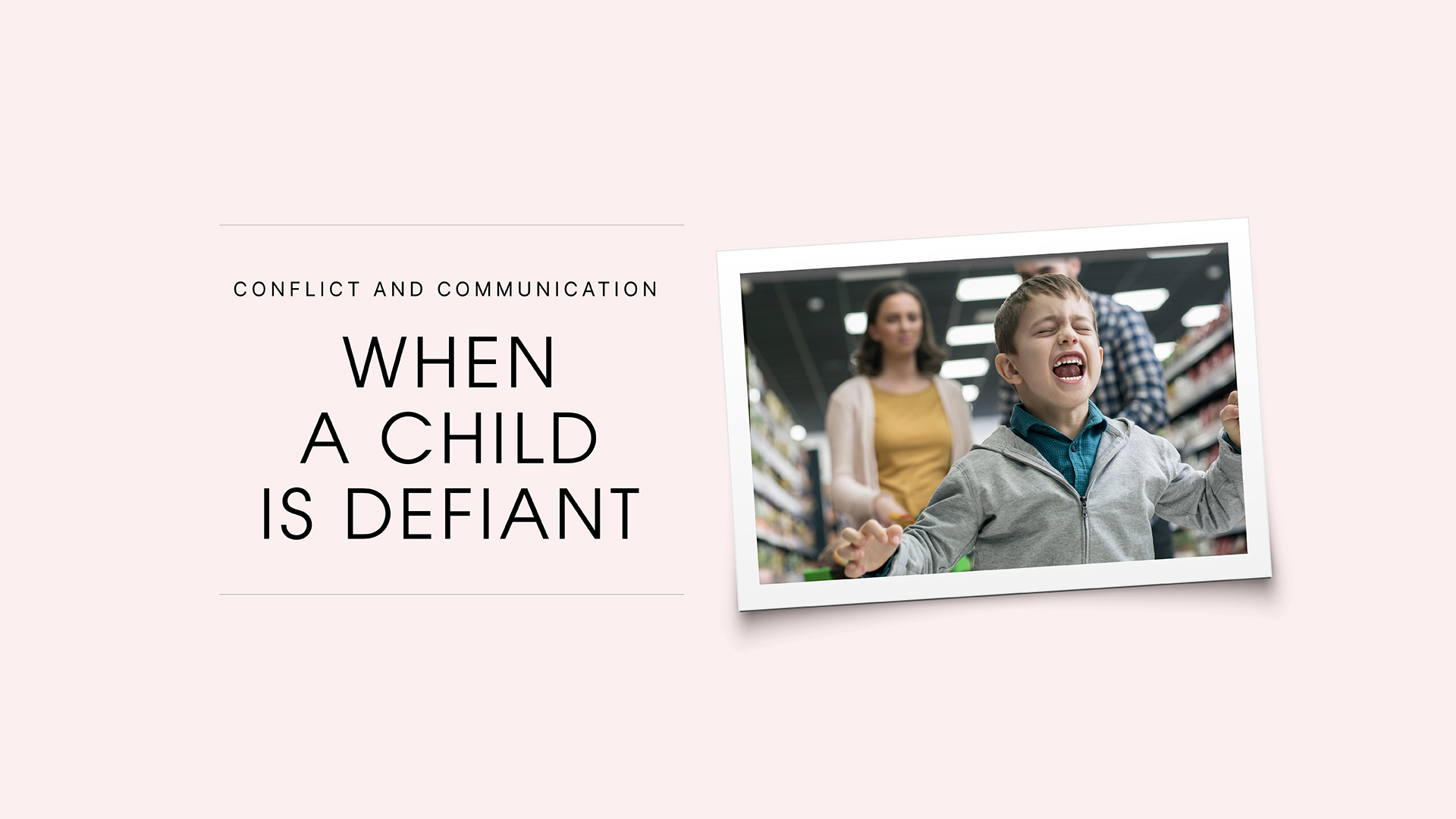 When a Child is Defiant

This statement was made in a very even, calm voice. It was not a new demand. In fact, I had said it every day—sometimes three times a day—for the last two years. I mean, we were about to go to the park. What’s better than going to the park? What I usually hear is “Okay Dad,” but what I heard this time was “No.” But it did not stop at “No!”

So, I casually picked up my two-year-old, June, and said, “Okay, let me help you.” At this point my daughter decided it would be a good time to scream and thrash her body. I spent the next twenty minutes trying to get her in her car seat and buckled. It is crazy how many contorted positions a two-year-old’s can make when she decides she does not want to be in her car seat.

I used my big, stern, “Dad-is-upset-voice.” I used my “calm-talking-to-an-adult voice.” I used my pleading, “you-can-have-anything-voice.” Eventually, I figured out the right combo of Ninja moves to wiggle her butt in the seat and strap her down before she could launch herself at me again.

You Are Not Alone in This

I remember talking to my dad awhile back about how he disciplined me and my brothers. We grew up in the age of spanking, and it worked for me and my middle brother. My dad could tell my middle brother he was going to get a spanking, but then he not have to do it because the idea was enough to change my brother’s behavior. My little brother was a different story. When my dad spanked him, he stared our father straight in the eyes and defiantly said, “That does not hurt.”

My dad had to change his tactic. He said he knew right away he could never spank my brother because he was so defiant. He would need a million of them and it still wouldn’t change the behavior.

Starting With the Basics

What do you do when your child is defiant? First, I think it goes without saying that children are not perfect. I know, shocker, but children have bad days just like us. If you give it just a little thought, you’ll probably recall some defiant behavior of your own when someone cut you off in traffic or failed to observe a green light because they were looking their cell phone. The possibility of “defiant” behavior in adults is exacerbated by a negative emotional state. If they just had an argument with their spouse, poorly slept the night before, or were worried about something at work things are less likely to go well. It’s the same with kids.

Let’s say its 5:00 PM and you are at Target. Your child hasn’t had their usual daily nap. They are also hungry because they haven’t had dinner. They begin to fuss and misbehave. In cases like this, it’s all on you. You interrupted their routine and now you will suffer the consequences.

June usually has no problem getting in the car. Her mother made this possible through routine and boundaries. Routine is important to children because their brain scan only absorb so much information. New situations, unfamiliar or out of the ordinary situations require more of them and of us. Children crave routine and structure. When they know what is expected of them, they know how to act.

Defiance can also come from unrealistic expectations, or unclear instruction. If you say it is bedtime, but do not follow through, your child will very likely become defiant when you finally decide enough is enough. To help you combat defiance before it begins, maintain healthy limits and boundaries.  Essentially this means that you say what you mean, mean what you say, and do what you say you will do.

If you tell your child, “It is bedtime,” and begin their bedtime routine and they resist or defy you, it’s a good opportunity to use some of the boundaries you have set up ahead of time. For example, you could say, “It sounds like you are upset about bedtime. I am sorry, but it is time for you to go to sleep. If you cannot listen, we will not be able to read a book.” Very simple instructions followed up by a very real consequences help kids with routine and managing their emotions.

Reacting to defiant behavior with anger or frustration is like adding wood to a fire. It also causes children to focus on your anger rather than correcting their behavior. Here are some simple tips to help lessen defiant behavior, and to deal with it calmly when it does happen:

How to Avoid Defiance

1)    Start small. Children adapt better when they are included in the process. Defiant behavior can appear when you ask too much too quickly.

2)    Be calm. Our children know how to push our buttons and defiant behavior is often a quick trigger for anger. If you react to defiant behavior with anger and venom, you are modeling to your children the way they should react. If you, instead, react with calm, cool-headedness, they will begin to see their defiant behavior has no effect on you, and it is more profitable for them to do what you say.

3)     Offer choices. When you give your child choices—ideally two with which you would be equally happy, you decrease the likelihood he or she will resist. Here are a few options:

“Would you like to put your shirt on first, or your pants?”

“Would you like to brush your teeth and then put on your pajamas, or pajamas and then brushing?”

“What would be better for you—doing your homework before supper or right after?”

“Would you rather load the dish washer on even days or odd days this month?

Giving your child a choice, even as mall, seemingly silly choice, can avoid a battle of the wills before it ever begins.

How to Deal with Defiant Behavior

1)    The punishment should fit the crime and age. If a two-year-old throws a tantrum and says no, your reaction should not be the same way you would talk to a defiant twelve-year-old. Small children can be picked up and moved to a new location. Take them into the other room/ remove them from the store, help them take calming breathes and then you can begin to deal with the defiant behavior and actions that were causing a scene. Older children will require a different strategy.

2)    Deal swiftly with attention getting behavior in younger children. With older children, practice the art of giving them a verbal warning, e.g., “I’m so sorry you decided to talk to me that way” and then delay the consequences until you’ve had time to calm down and think about an appropriate response.

Children are sponges that absorb what we say and do. When you need to address defiant behavior, stand your ground but do it with love, patience and compassion. Doing so will help decrease belligerent behavior, even in a very determined child.

For more ideas on how to handle defiant behavior in your child, listen to our podcast at https://www.gooddads.com/podcast