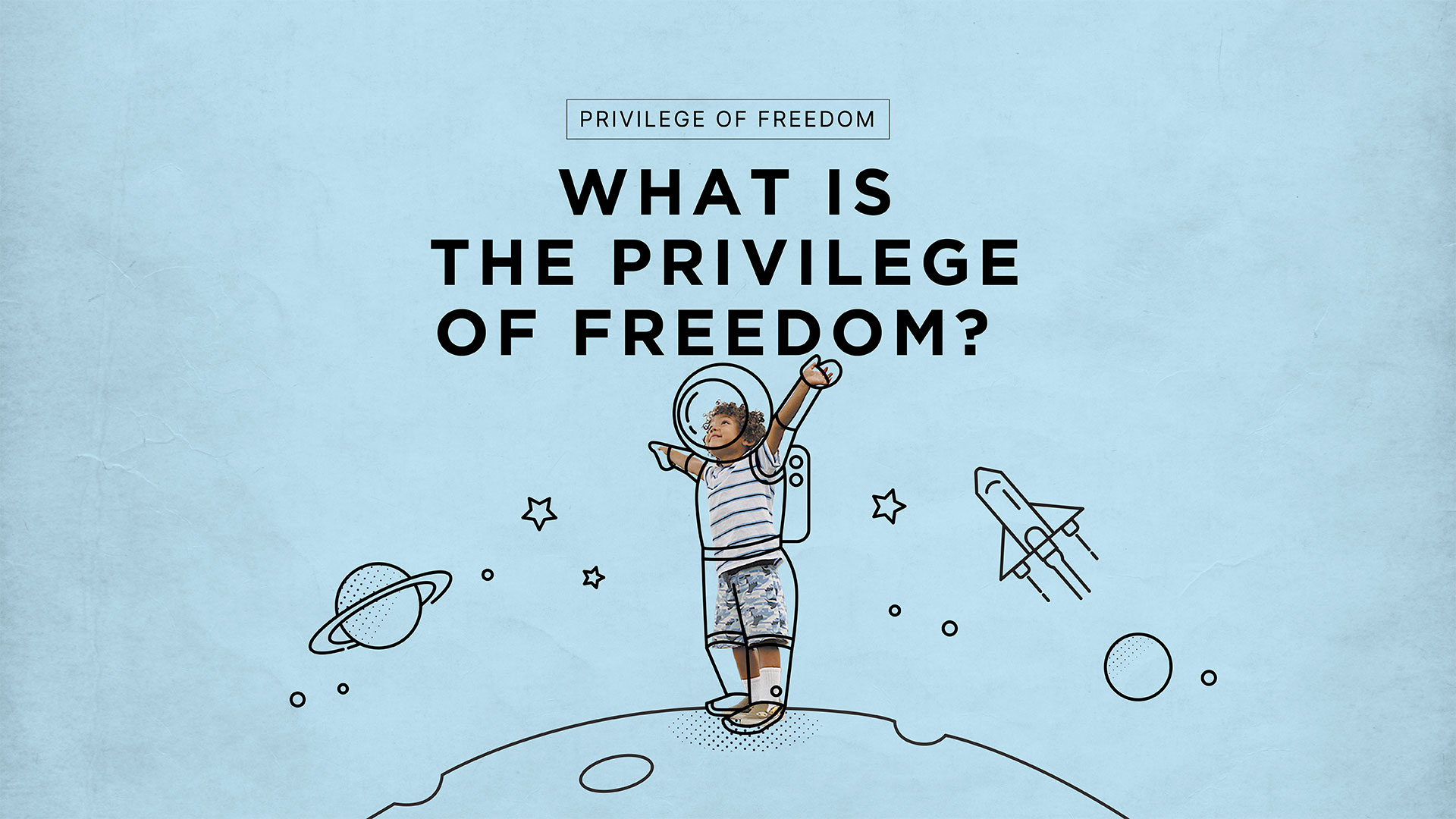 What is the Privilege of Freedom?

Privilege and freedom. These two words define a lot of the current American culture. In many ways they have been attached to so many different meanings I fear that we forget where they truly come from and what they mean for us today.

The Merriam-Webster definition ofFreedom is the quality or state of being free from the restraint or power from another and the ability of choice or action. Privilege is the special right or advantage granted to a particular person or group. In basic terms freedom is the ability to move around without a “higher power” dictating your every move, where privilege means not everyone has this right.

There are many nuances to these two terms. Not all freedoms are the same and privilege is not afforded to everyone.So what does it look like for us today, as fathers, to have the privilege of freedom?

WhatI’m about to say does not make sense if you consider the way many people think about freedom. Imagine living in a beautiful, single room apartment in sunny California where you work part-time and make enough money to enjoy the beach and the mountains. You do what you want, sleep as late as you want and don’t really have a lot of responsibility. To many people, this is freedom and privilege—the time to do as you please and the resources to do it.

One day, however, you decide you need some direction. Given that this idea of “freedom” is very important to you, you decide to sign your name on a piece of paper giving away most of your rights.You are bused to a large facility with other individuals who also value freedom, and you are all yelled at as you leave the bus and file into a building where you are stripped of all your possessions. All your hair is cut off and you begin a time where someone else schedules every moment of your life. You are told when to eat, sleep, and drink (in fact, you can get in trouble if you are not drinking as much water as you are told). This control continues for years until an agreed upon time. You are directed where to move, where to work, and sometimes you are told that where you are going carries a great possibility of death. All the time you are reminded that this is being done for freedom.

Freedom and Privilege for Fathers

If you were an outsider looking in at the scenario above you would say I’m insane. This does not sound like freedom. It sounds like prison. The thing about freedom, is that it is not free, and requires sacrifice for the larger group to enjoy the privilege. Men and women freely sign up for the military, police, fire, national guard, all to protect this idea and privilege of freedom. They stand up, sign up and sacrifice their personal freedoms so that men and women can say what they want to say, do what they want to do, and be who they want to be.

What does this have to do with fatherhood? As a father I want the best for my daughters. I want them to be able to have the freedom to play without fear of being hurt, sleep without fear of having to pay the bills, learn without the fear of realizing their dreams might be a bit grandiose. I want them to be kids and not worry about the future. For this to happen, I need to be willing to sacrifice. For them to achieve their full potential I must be willing to give up some of my freedoms. I also need to recognize that I have the privilege to do this. I understand that even inAmerica, not everyone can do what I am saying, yet we have more freedom than most.

What are some ways can you instill the idea of freedom and privilege and sacrifice in your children so when they grow up, they will be willing to carry on the same values you hold dear?

Here are three ways you can begin to instill in your children the appreciation and understanding of freedom.