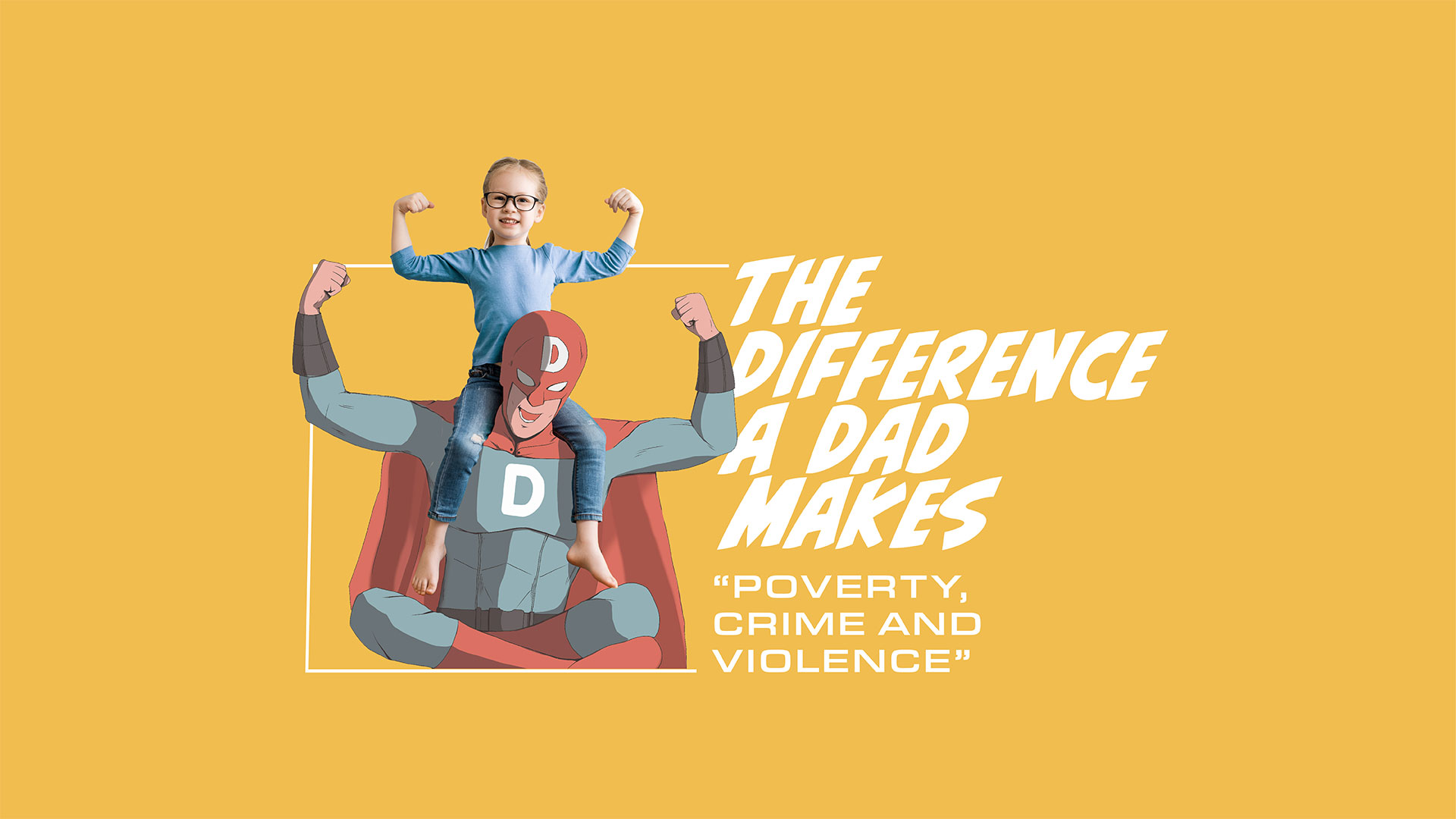 The Difference a Dad Makes: Poverty, Crime, and Violence

I think most of us recognize that dads are important to their kids, but I don’t think most of us imagine just how critical they are. Recently, I read a new book, The Boy Crisis: Why Our Boys Are Struggling and What We Can Do About It, by Warren Farrell Ph.D. and John Gray, Ph.D., that explains just how essential fathers are to the development of their children in many, many areas. I learned the following from their distillation of the most up-to-date research:

A study of ISIS fighters concluded that almost all male and female fighters had in common “some type of an ‘absent father’ syndrome.”

Father involvement is at least five times as important in preventing drug use than closeness to parent, parental rules, parent trust, strictness, or a child’s gender, ethnicity, or social class.

A study of boys from similar backgrounds revealed that by the third grade, the boys with fathers present scored higher on every achievement test, and received higher grades.

The more interaction a boy has with his dad before six months of age, the higher his mental competence.

Father absence predicts the profile of both the bully and the bullied: poor self-esteem, poor grades, and poor social skills.

Absence of dad contributes to violent crime as much as absence of income. (pp.403-407)

I’m obviously a woman, but I can see what Farrell and Gray talk about in their book. I see it in the men and boys I see in therapy. I see it through our work at Good Dads. I hope you’ll consider reading the book, listening to it on Audible, or tuning into our podcast the first week in May. You may not agree with everything you hear, but I bet you’ll have a lot to think about in terms of how important the health and well-being of men and boys is to our culture.