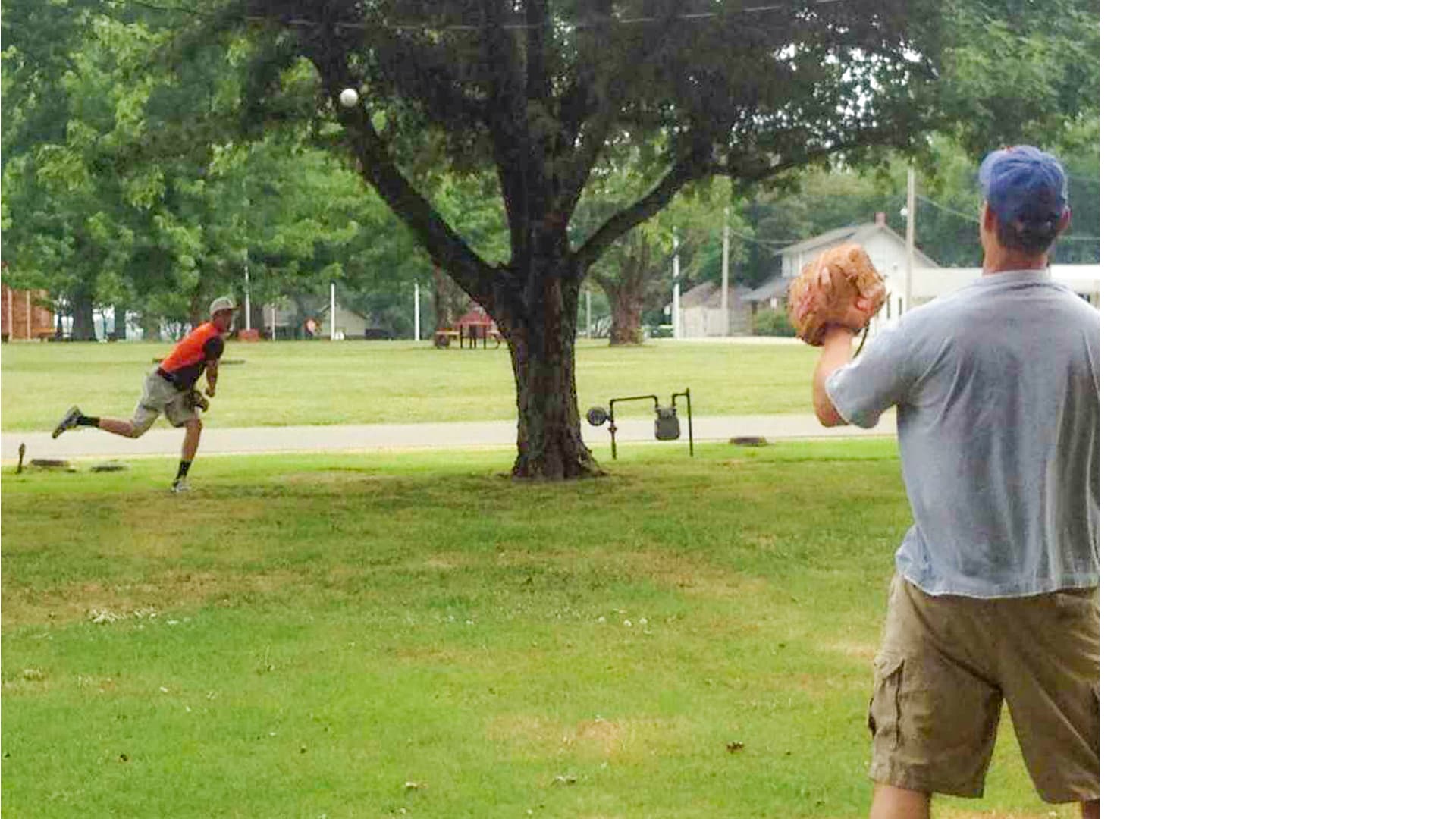 THE BEST SUMMER MEMORIES EVER

It’s June. School is out. Father’s Day is approaching. Ballgames are being played. Vacations are happening. Join us as we reach into our archives and journey back in time with Kevin Weaver and his memories of summertime.

Ah, summertime. It means so many things to so many people. To kids, it is that golden window of opportunity for freedom in an otherwise long year of pencils, books, and teachers’ dirty looks. But, to parents? It can be a mixed bag.

So much of our parental view of summer ties directly to our memories of those of our own childhoods. The summers of my Michigan boyhood harken back to a slower time, one in which I stayed with my maternal grandparents on their dairy farm, helping with the milking and as I aged, joining the hay harvest crew. We worked hard, but not without rewards. There were long swims in the pond at day’s end, followed by talking to my grandfather by the moonlight on his huge (or what at the time seemed to be huge) front porch. At some point in the summer, my family would load up the old motorhome and make the 18-hour drive to my other grandparents’ retirement village in Florida. For our moderate to good behavior while in a community with not much for kids to do, my siblings and I were always rewarded towards the end of the trip with a day at Walt Disney World. While I spent more time in a RV with a screaming, little sister and an annoying little brother -- not to mention playing shuffleboard with senior citizens -- then I did at the Magic Kingdom, the good memories always won out.

Fast-forward from my childhood summers to those of my own boys during their growing up years, and a lot had changed. Or so it seemed. They didn’t grow up on or near farms, and most often we lived in or near major cities, such as Seattle or Portland. Their summer jobs ranged from shining shoes at a tux shop to mowing lawns. “Rewards” seemed to be pricier and more difficult to plan for, as there was no way they could even ride their bikes to a public pool, like their mom did when she was a kid. Add to these things the fact that sports, music, club and church activities not only didn’t shut down for a couple of months each year, but in fact just expanded, and the idea of a “slow” summer was out the window. Oh, and did I mention the weird phenomenon of parent-shaming that has cropped up since the “Go ahead, kids, and roam the neighborhood all day” non-judgmental parenting times of my 1960s and 1970s upbringing? When did summer get so hard?

Today we're faced with memories of our own childhoods, overloaded schedules, high and often unrealistic expectations. My wife and I didn’t have the fortitude to deal with it all, so we made some decisions regarding summer, pretty early on in the parenting game. First, while we accepted the fact that our kids were growing up in a different day and age – some better things, some worse – we drew some lines in our figurative beach vacation sand. If one of our boys was good enough for the NBA, he would get there without non-stop summer basketball. If one of our boys was good enough for a career in music, he would get there without a month of band camp. Each boy could choose one week of some kind of camp, and as they grew older, were able to go on missions’ trips. Baseball was played, but traveling teams got squashed after one, grueling summer of dragging brothers all over the place to get sunburned while little brother collected dirt and grass stains on his white uniform. As they hit late junior high/early high school, they got jobs. It wasn’t anything like out of Upton Sinclair’s “The Jungle,” but the jobs rather gave them a chance to fine-tune their work ethics and earn their own money. The former gave them a sense of pride, while the latter gave them an opportunity to learn to value and manage properly.

And finally, as often as we could save to make happen, we made the trek to Disney World (or Land, if closer.) Oh, I promise you that more time was spent with brothers fighting while waiting in line than actually on the ride, yet the boys now somehow only remember the good.

Kevin Weaver, CEO of Network211 and father of three sons, lives with his wife KyAnne in Springfield, MO. He enjoys spending time with family, hunting and watching University of Kansas basketball with his boys! He can be reached at kweaver@network211.com