RESPECT: AN ESSENTIAL INGREDIENT TO SUCCESS 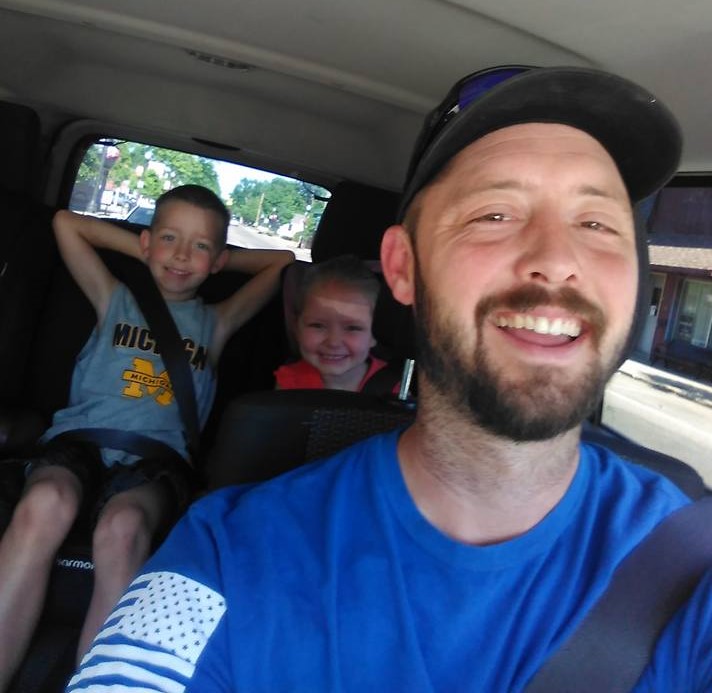 For Josh Keedy, Prime driver and father of four, it all boils down to respect. Self-respect is a big deal for Josh—something reflected in his work as a driver and in his role as a husband and father. This attitude of self-respect associated with hard work is evident in Josh’s approach to driving. He came to Prime in February 2019 and was driving on his own three months later. Since May he has driven 100,000 miles.

Josh calls Grand Rapids, Michigan home now, but he spent most of his childhood in St. Louis, Missouri. Following high school he joined the military where he served until 2008. Stable employment in a good job was hard to come by during the Great Recession so Josh worked a in number of different positions. All the time, he and his best friend continued to research other options, including the best trucking companies. This eventually led him to Prime. “Prime,” he says, “sets you up for success.” He was impressed by their availability and the fact that they were “always moving.”

Describing himself as a “high energy person,” Josh decided to drive a flatbed truck. He defines these drivers as a very special breed. “They are very active people,” he explains. “It requires a lot of energy and skill to tarp a load.” He credits his grandfather, a tradesman, as the one responsible for instilling a good work ethic in him. “He raised me and I learned to work smarter, not harder.”

“Respect for your fleet manager is also important,” he says. “I call him ‘my assistant.’ It’s a partnership. We’re dependent on each other. A respectful, appreciative attitude is always helpful.”

When it comes to how he sees himself in relation to his family, Josh expresses tremendous respect for his wife.  “She works full time. When I started out on the road, nearly every night I heard her say, ‘I don’t know how I’m going to do this.’ When the babysitter quit, I called in a lot of favors. Stable childcare is very important. I would rather deal with chicken pox and head lice than finding childcare.” Nevertheless, Josh saw assisting with finding reliable childcare as critical out of respect for his wife.

These days Josh arranges his schedule to get home about once every month or two. He admits that maintaining a balance between work and home is hard. He offers a few thoughts on how dads can stay connected with their kids when they need to be gone from home a lot.

1) Find out what your kids are passionate about, what they’re interested in. Knowing that Bryden, his nine-year-old son, wants to be an environmental scientist, he brought home a vial of gold from the Black Hills of South Dakota. He keeps an eye out for anything related to unicorns for his seven-year-old “princess” Kara. Conner, age five, likes anything related to “Frank the Tank.” “The smallest things can make an important memory,” he says.

2) “Take one of their stuffed animals with you,” Josh also suggests. “Photograph the animal at different locations or with you. It helps them know you’re thinking of them.”

3) Finally, Josh says, “Be patient, but vigilant. Even though you’re far from home, you’re still a dad. Pay attention to the things going on with your child. Listen to them. Talk with them every day.”

Respect for self, those you love most, the work you do and the people who help you do it. From Josh Keedy’s perspective, this is an essential ingredient to success as a man, husband, father and business owner.