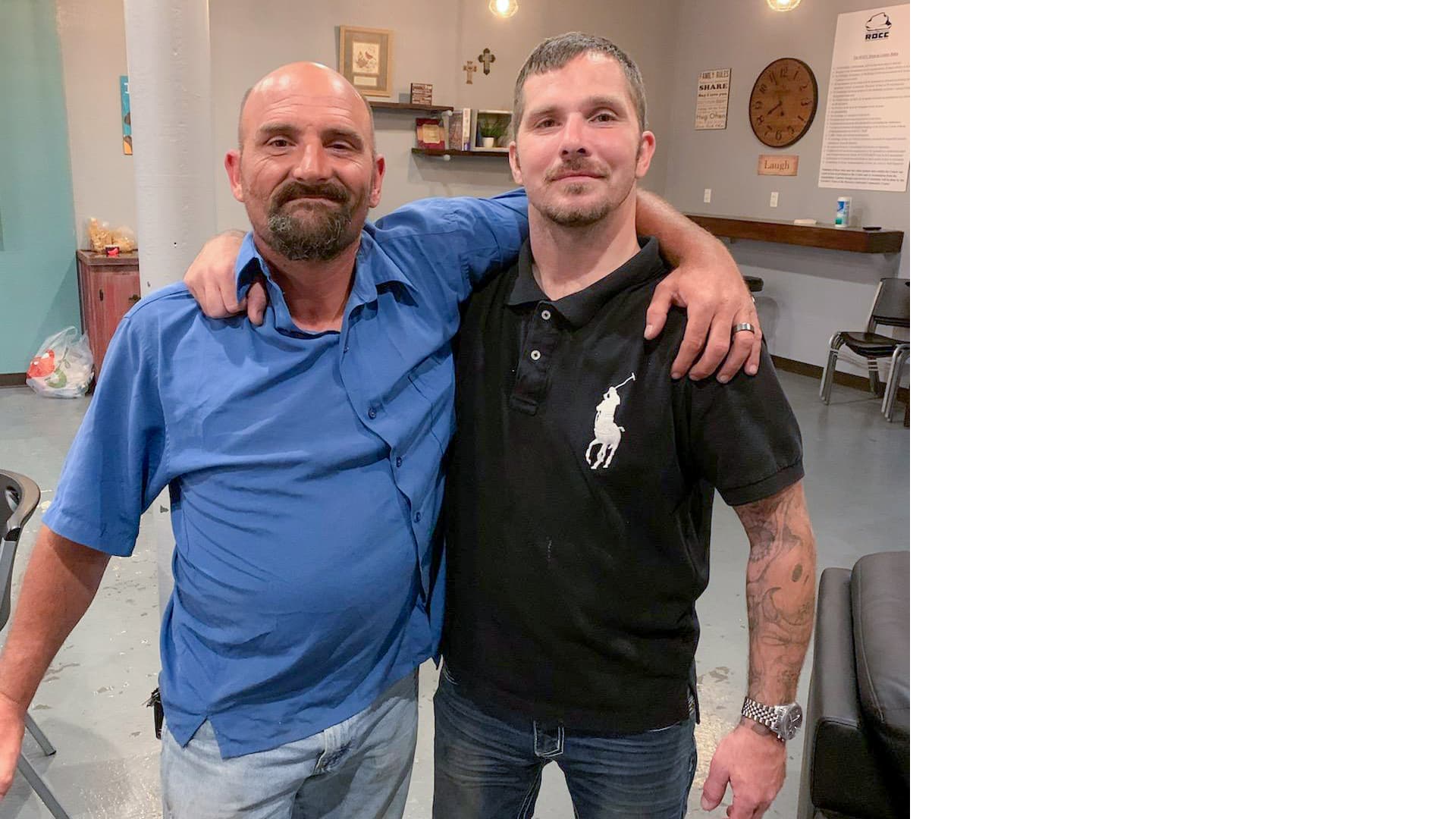 “Things happen for a reason.” Danny Watkins may not always have felt that statement was true, but if you asked him today, he would tell you that there is a reason for everything.

Danny had been a drug addict most of his life. He spent 10 years in prison. So, in May of 2019, when his two sons—one biological son and one stepson—were  removed from their mother’s custody, Danny was deep into addiction and unable to care for them. His son was placed in Great Circle in St. James, and his stepson was placed in Lakeland in Springfield.

In April of 2020, Danny turned himself into The Lazarus House in Joplin, MO. He knew that something needed to change—he could not continue as he had been. Danny got clean and turned his life over to God.

In May of 2020, Danny reached out with a phone call to get in contact with his boys. This proved to be difficult because he had multiple warrants out for his arrest.

Danny had a court date quickly approaching but no way to get to court. A couple of weeks later he bought a car. Within a short time, Danny was pulled over, arrested, and taken to jail. This proved to be a blessing. By going to jail, Danny was able to get rid of the warrants. He was bonded out of jail but faced the question, “How will I ever be able to pay back the people who posted my bond?” This question was answered quickly as Danny walked out of prison and received a notification on his phone—his stimulus check was deposited into his account. He could now repay the people that had paid his bond.

Danny was able to go to court. He had his license reinstated. His warrants were gone.

A short time later, Danny walked into the front yard of Jeremy Kitchingham. Unbeknownst to Danny, Jeremy was a facilitator in the New Pathways for Good Dads program in Joplin, Missouri. After visiting for a while, Jeremy asked Danny if he had children. Danny responded, “Yes.” Again, Jeremy questioned him and asked if he was trying to get visitation with his children. Danny responded, “Yes.”

Jeremy encouraged Danny to check out the New Pathways for Good Dads program. He told him that he and his wife were facilitators for the program, and  “Be in class Monday night and you will get your kids back.”

Danny is still fighting to see his children, but he is on the right track. He has been in contact with Lisa, the Case Manager Supervisor for the NPGD program. She made numerous phone calls on his behalf and helped him create the necessary paper trail for court.

One week before Danny was to appear in court, he received orders from Child Protective Services to do a hair follicle test. Sounds easy enough, but a hair follicle test could show drug usage from up to a year ago. Danny was concerned. He had only been clean since April—this could prove to be disastrous.

Danny spoke to his lawyer. The lawyer reassured him that they would work through it. Danny also talked to the representative with Child Protective Services. He asked her, “Why are you doing this to me? You know this test will come back dirty.” She responded, “Don’t worry about it.” Danny nearly exploded, “What do you mean, don’t worry about it?” The representative informed Danny, “Your test came back negative; you are clean.”

Danny and his lawyer went to court. The court recommended that Danny’s parental rights be terminated. The judge, after seeing documentation on Danny’s progress, went against the recommendation for termination; he recommended reunification!

Danny wasn’t out of the woods yet. Housing was still an issue. By the grace of God, Danny was accepted at “God’s Resort”, a Christ-centered and relationship-based transitional housing community exclusively for people seeking the love and support of the body of Christ. Through God’s Resort, Danny has an apartment for himself and his son!

New Pathways for Good Dads has played a big role in Danny’s reunification process. He says that NPGD has helped him learn how to keep a paper trail for court, how to conduct himself in court, how to communicate with son’s caseworker, and has helped him be enrolled in a Parent-Child-Relationship Training class (with the help of Marlissa Diggs).

Reunification has opened the door of communication for Danny and his son. Danny and his stepson still have a ways to go, but with the help of God, they will get there. Danny is taking things one-step, one day at a time because “Everything happens for a reason and when you trust God the blessings will keep on coming as well!”