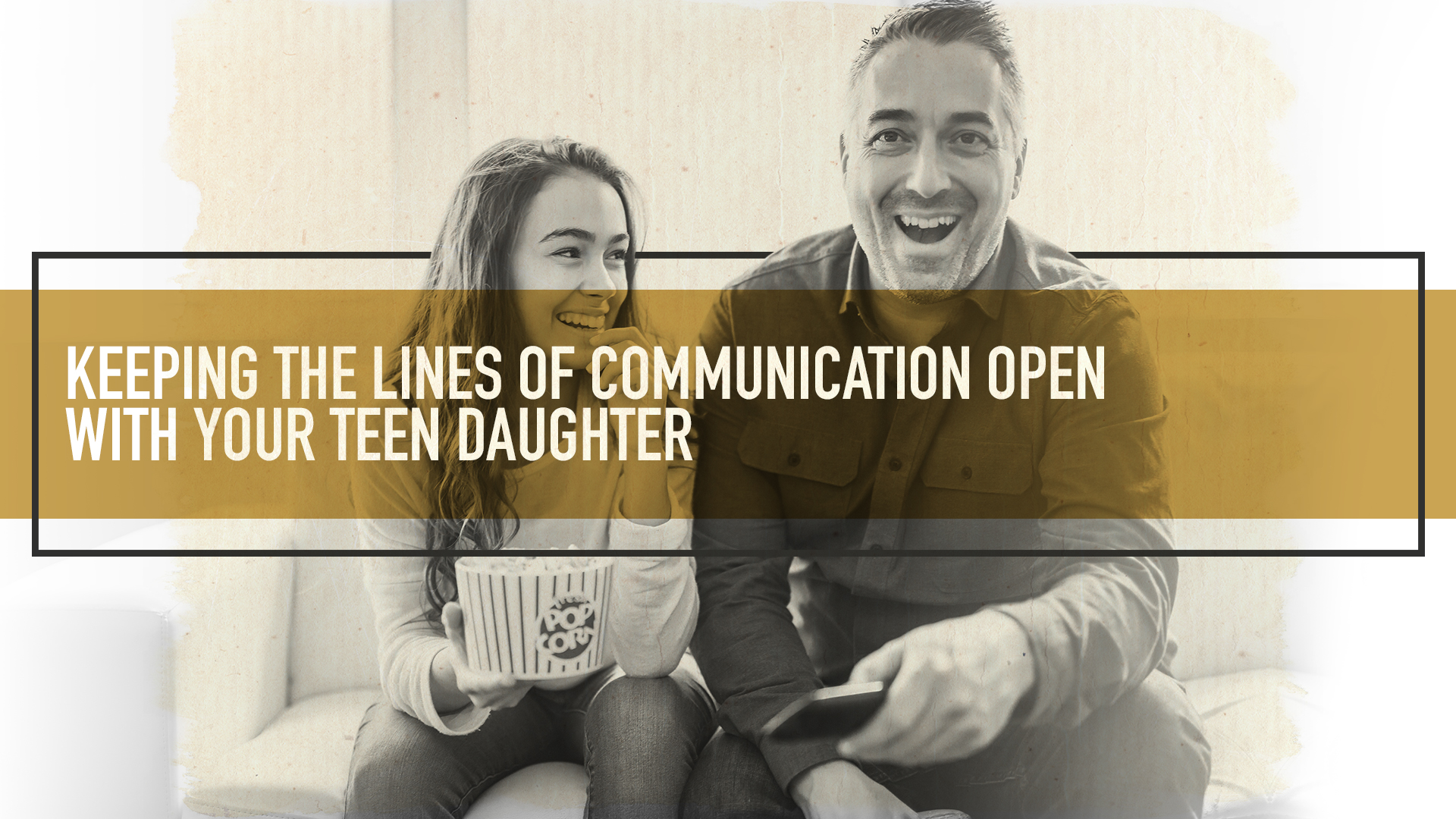 KEEPING THE LINES OF COMMUNICATION OPEN WITH YOUR TEEN DAUGHTER

I am a proud father of two boys, who are 8 and 14, along with a 16 year old daughter. Over the past 4 years, I’ve noticed more and more gray hairs on my face and in my hair line.......95% of them are a result of my daughter. Don’t get me wrong, she is a great girl and stays out of trouble. I just stress over today’s technology, boys and all the things I can not control.

About four years ago, my wife, and mother of our three children, was in a serious car accident. We almost lost her, though she did suffer a severe, traumatic brain injury. She spent months in the hospital, and even today, she is not the same person. This all happened while my daughter was around 12, which is probably a time when a girl needs her Mom the most.

I’ll never forget the evening my daughter came to me in a bit of a panic, to notify me she was bleeding! I was like, oh my gosh, what happened, where? I don’t see anything, are you okay? Do we need to go to the hospital? She looked at me with a strange face, as if I was a complete idiot! “Dad!!! I’m bleeding!”, as she subtly glanced downward. As I recall, I went into an internal panic, yet I knew I had to show no fear on the outside.

For whatever reason, my response was for her to start a bath and go get in it. If nothing else, this would give me the time to think. I was thrilled to learn they had been taught in class how to use feminine products. I told her if she had any issues, she could call her Aunt or grandma. Whew, that situation went much smoother than I imagined it would.

Since then, we have had many conversations about talking to strangers online, device apps such as Snapchat and Instagram, along with inappropriate texts from boys.

It is a whole new world since I was in school. She was in 7th grade when the first boy sent her a text, asking for a nude photo of herself. Because we had talked about this, she was comfortable in coming to me and telling me about it. She instantly told the boy no, and stopped texting him. Later on in the school year, there a big bust at her school where a bunch of devices were confiscated, and the police were involved, over nude pics being passed around, by 7th graders. Crazy!!!

Now I see so many of these girls posting provocative photos to their social media accounts, which sets them up for negative feedback as well as the positive. Unfortunately, not all of these teen girls can handle the negativity, which leads to self harm, or worse. I try to monitor what my daughter posts, and if it’s something I don’t like, we talk about it.

The best thing to do, is try to start an open line of communication with your daughter as early as possible. Although my daughter and I have had some battles, she will still come to me to talk about all those fun, teen, female issues.

---
For more great insights and tips be sure to subscribe to our Good Dads Podcast, and check out this three-part mini-series (Part I, Part II, & Part III) with three Springfield, MO dads of pre-teen and teenage daughters.

Herb Cody is a husband and father of three. He is a part time Uber driver and full time caregiver of his spouse, who suffered a traumatic brain injury after an auto accident November, 2015. Herb loves football and is a St Louis Cardinals fanatic. He and his family live in Nixa MO. Herb can be reached for questions or comments at herbie05@yahoo.com. You can check out Herb's own blog at, www.thecodylife.weebly.com.