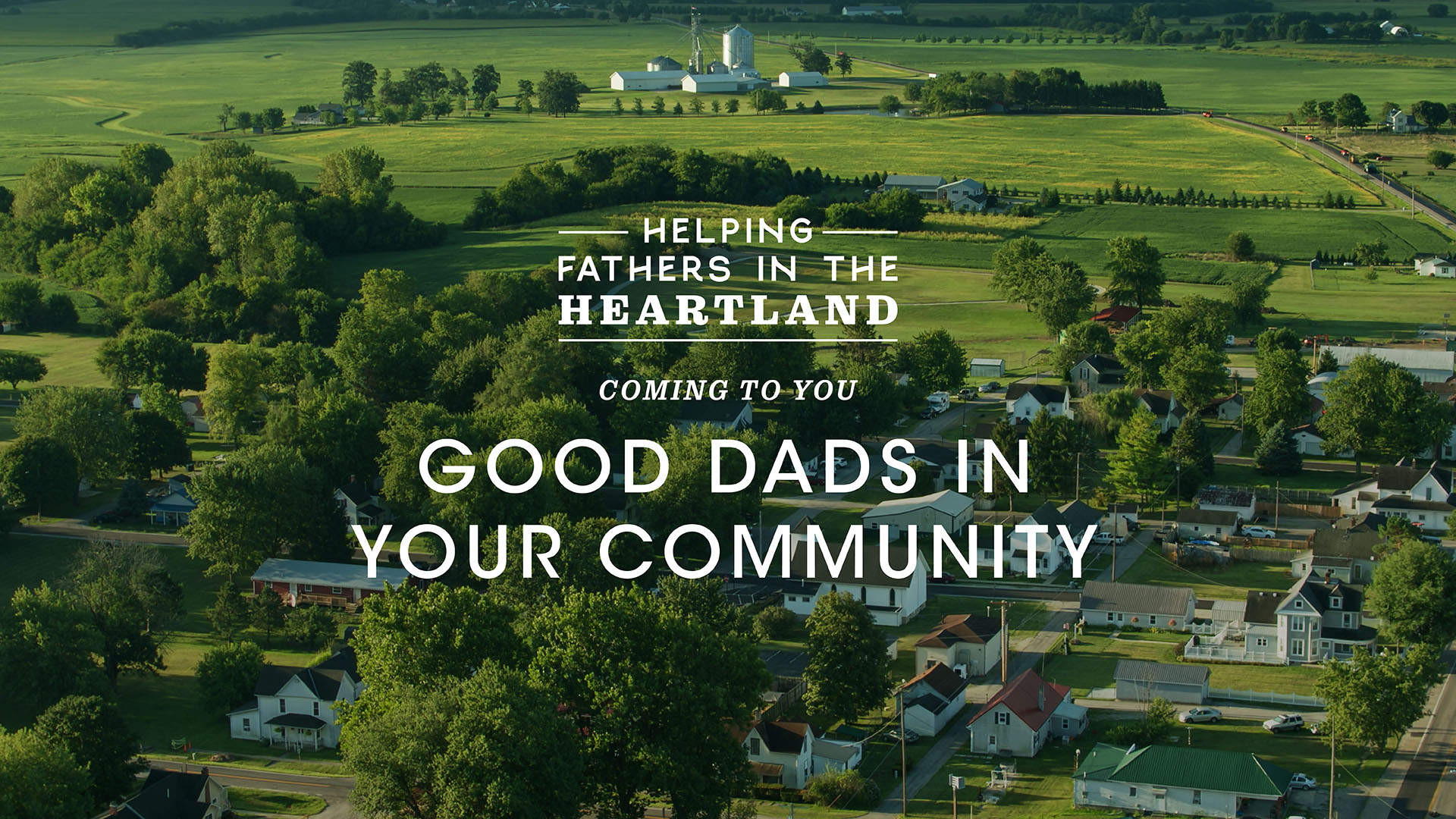 Helping Fathers in the Heartland: Coming to you - Good Dads in Your Community

You learn a lot of things at a community mental health clinic. You hear things you didn’t expect to hear. You see things you didn’t expect to see. That’s the way it was for me and my students when I served as the Director of a Marriage and Family Therapy (MFT) program at a graduate school in southwest Missouri for nine years. As the MFT Program Director, and later on the Clinic Director, I gained an unexpected perspective on people and their problems. I thought I knew what people wanted. I’d been to graduate school and learned a thing or two listening to clients over the years. I knew a significant amount of our community’s charitable effort went to helping women and children. I had come to think of them more as the victims of poverty. I had not given much thought to the men, the husbands, boyfriends and fathers. They simply didn’t appear on my radar. That’s when I started noticing some surprising things about men—what they thought, what they valued and what they wanted. I discovered the following:

With these themes in mind Good Dads was born.

What is Good Dads?

Good Dads is a non-profit, (501(c)3, focused on helping all dads be more engaged with their children. This is done in four ways, specifically:

What Kind of Dads Do You Help?

We are often asked:

“What kind of dads do you help?”

“Bad dads who want to be better dads?”

“Dads who are having problems with child support?”

There are many fatherhood efforts existing in the U.S. today that focus almost exclusively and specifically on under-resourced fathers facing significant barriers to responsible fatherhood. These efforts are necessary and essential to addressing father absence through the country. Good Dads is unique in that we focus on all fathers, with the goal of helping every dad be more successful in connecting with his child.

Simply put, there are no dads we do not serve. Good Dads aims to encourage all fathers by providing inspiration, resources and events to help dads be the best they can be.

Sometimes we do develop specific resources or programs for fathers who face unique challenges, e.g. over-the-road dads or fathers employed in the transportation industry. Everything we do, though, is done in partnership with local businesses who invest in their community by investing in fathers.

Helping Fathers in the Heartland

Good Dads supports the allocation of federal and state resources to the communities where they are most needed. In fact, this would seem a reasonable and prudent use of our tax dollars. The problem we see, however, lies with the fact that we, too, see problems with father absence in our considerably rural population in southwest Missouri. We also are aware that many other similarly sized, and even smaller communities, in our own and surrounding states are experiencing related concerns.

As a city of nearly 160,000 and a “metro area” approaching 250,000 we certainly don’t consider ourselves as rural, but our location nearly 200 miles from any urban center (e.g. St. Louis or Kansas City), isolates us from some issues associated with metropolitan areas. We knew it was unlikely we would receive significant funding to address father absence in our community. At the same time, it wasn’t exactly as though we are problem free.

Many counties in southwest Missouri have a lack of resources typically found in larger cities. There are fewer treatment programs for addiction and substance abuse disorders. Many counties lack access to adequate health care. Rehabilitative programs of any kind are lacking. Moreover, a lack of reliable transportation—often a problem in more rural communities—exacerbates these concerns. Finally, a less dense population means fewer funds from state or federal sources are available to address problem areas. Overtime, it became evident to us that if something was to be done to address father absence and the problems related to this situation, we need to figure out how to solve the problem ourselves.

It was this understanding that led Good Dads to begin developing curriculum and support for smaller communities in southwest Missouri and throughout country to be able to start their own Good Dads groups. We call this curriculum Helping Fathers in the Heartland.

Helping Fathers in the Heartland is a web-based curriculum with five core modules. These include the following:

Module 2:  Values and Core Beliefs—Who We Are, What We Believe & What We Do

In the weeks that come, we will be sharing more specifics about Helping Fathers in the Heartland and how you can bring a Good Dads program to your own community. Tune into our weekly podcasts to hear from some of our Good Dads Network Partners. Check out all the September blog posts. In the meantime, here are some things to think about.

Describe your community, including location and demographics. Consider its strengths and weaknesses. What resources exist? What challenges are you likely to face? What could a Good Dads program mean to the community where you live?

Dr. Jennifer Baker is the Founder & Executive Director of Good Dads. She can be reached for question or comment at jennifer@gooddads.com. You may also call the Good Dads office at (417) 501-8867.