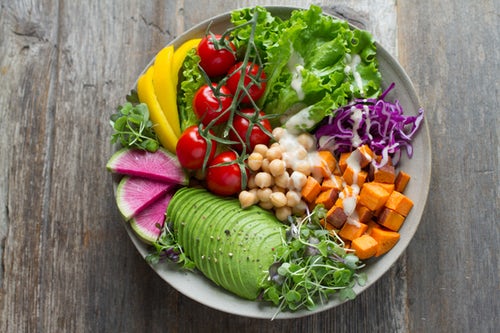 ​In May 2013 Sean Murphy watched Forks over Knives and made a decision. He would no longer eat meat, fish, poultry or any other animal products. In short, he would become vegan. Many people go from eating meat and fish to becoming vegetarian, but Sean decided to go all the way in one swift step. It is something he has stuck with to this day, so much so his handle is now “Tofu.” (Tofu is a plant-based food made from soy beans; it is often substituted for meat in a vegan diet.)

Becoming vegan is understandably challenging for the average person, but for Sean it proved even more difficult because he works as an over-the-road driver. Sean earned his CDL in 2010 and worked in the transportation industry for a few years before he joined Steelman Transportation, a flatbed transportation company, in August 2016.  He lives in upstate New York and typically drives the “Steelman triangle” from Boston to Chicago to Texas and back.

Given his occupation, Sean is wise to think about his health. According to research about the health of long-haul trucker drivers published in the American Journal of Industrial Medicine, maintaining a healthy lifestyle as a over-the-road driver can be particularly challenging. The study revealed that over two-thirds of respondents were obese (69%) and 17% were morbidly obese. In contrast, only one-third of U.S. working adults were reported to be obese and 7% morbidly obese. Obesity is a concern because it increases the chance for type 2 diabetes, sleep apnea, heart disease, cancer, joint and back pain, and stroke.

The survey also revealed that more than half of long-haul truck drivers were current cigarette smokers —over twice the general working population (51% vs. 19%). Smoking increases the chance for heart disease, type 2 diabetes, stroke, and cancer. Although most drivers averaged over 6 hours of sleep per 24-hr period, 27% of drivers averaged 6 hours or less of sleep compared to 30% of working adults. . . .More than half of long-haul truck drivers reported having two or more of these health conditions or unhealthy behaviors: high blood pressure, obesity, smoking, limited physical activity, high cholesterol, or fewer than 6 hours of sleep. These factors increase the chance of developing preventable, long-lasting diseases.

Good Dads believes being a “good dad” includes caring for one’s self in order to set a good example for other family members and live long enough to enjoy children and grandchildren. Sean stuck with the dietary changes he began in 2013 and started to notice the difference. He developed “increased energy and great blood work.” Propelled by his success, he joined a gym in 2018 and started working out. More recently he also gave up smoking when his 15-year-old daughter, Kyra, agreed to become vegan if he would quit.

Sean’s family, which includes his wife, Frederica, a daughter, Kyra (15) and a son, Devin (4), are very important to him. For this reason, he does his best to take care of himself and spend every other weekend at home.  He encourages drivers to use the best time management skills possible to help them stay connected with their loved ones. He also credits dispatcher at Steelman for caring about him and his family. Driving for a company that cares about your family, using every technological advantage you can and managing your time—all these help Sean “Tofu” Murphy be the best dad and driver he can be.

Sean can be reached for question or comment at thevegantrucker@gmail.com