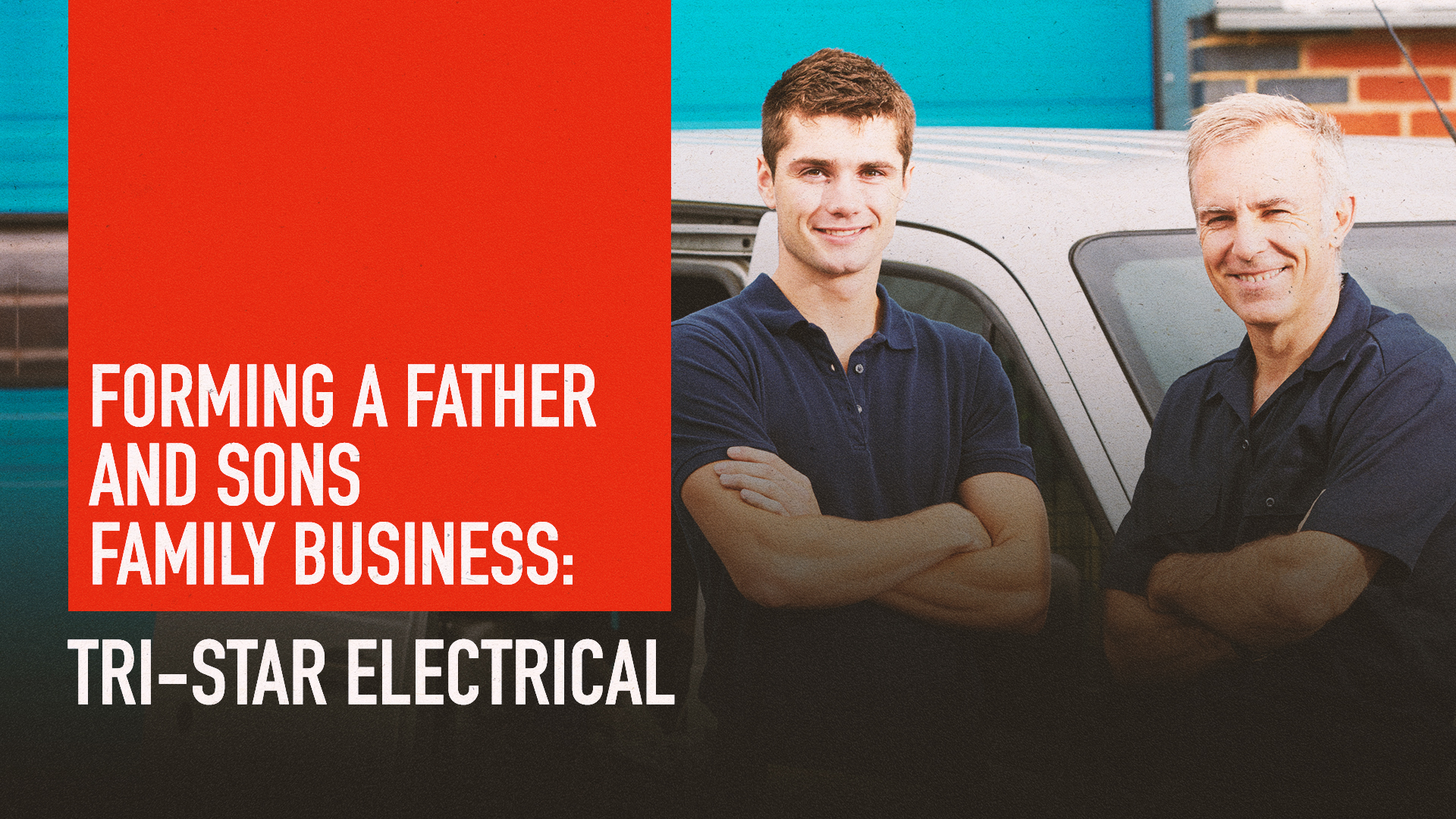 ​Steve Schnute says he had a life-long dream to learn electricity and work with his dad. Although the two of them have been working together now for more than 20 years, Steve says it all began when he tagged along with his dad as a boy to help family and friends.

Jerry Schnute, the patriarch of the Schnute family, worked 35 years for Detroit Edison (now known as DTE Energy). When he retired, he pursued his long-time goal of earning his master’s license as an electrician, as well as a contractor’s license. Equipped with these credentials, Jerry and Steve started working together in 1997. Scott, Steve’s older brother, joined them one year later. All admit to having a passion for the building and remodeling trades focused in the area of electricity.

Initially, the Schnutes formed a 50/50 business association with another electrician, but about 10 years ago they started a new company of their own known as Tri-Star Electrical. Although all the Schnute men are proficient in working with electricity, they admit that running a business of their own is something entirely different. Jerry remarks, “Administration is not my strong suit,” but offers that Scott has shown ability in this area. Steve concentrates his energy in other areas of the business.

All are “out in the field” for a portion of almost every day. They confess to “growing pains” in learning the business side of electrical contracting but also point to the impressive growth they’ve experienced in the last few years. Two of Scott’s sons and one of Steve’s now work in the family business, apprenticed by Jerry. Scott and Steve also agree they need to hire more people because of the growth they’ve experienced.

​What’s the Best Thing about Working Together?
Scott says the best thing about working together with his dad is the “generational knowledge” being passed along with the practical instruction necessary in becoming an accomplished electrician. He notes that his sons are seeing the value of their elders and being taken into their hearts. He adds, “We cherish these times and are so thankful for them. We know many don’t have this dynamic.”

Steve emphasizes the importance of relationships, as well, stating that it’s great to have a relationship with his dad that is not boss to employee. “You can ask dumb questions and it is okay. Dad is a mentor.”

Jerry notes that our society and culture was once agrarian, which meant children working alongside their parents. “Today’s society,” he says, “doesn’t recognize the strength of the family, resulting in degenerating family relationships.” Given this common dynamic, he sees the relationships they’ve developed with each other in the family business as a “big blessing.”

​What are Some of the Challenges?
The Schnute men are realistic about the challenges of a family business. For instance, while all of them were skilled as electricians, none of them really had business experience.

Scott offers, “None of us had business experience. We had to learn by experience how to function in our market. We had to learn how to find the right employees. This means understanding our limitations and obtaining the knowledge we need.”

“There’s family business, as well as business and family. We’re not ‘socially separated’ so when we’re all together it can be hard to leave business behind,” explains Steve. “This was especially difficult in 2008 during the recession.”

The Lighter Side of a Family Business
Talk with Jerry, Scott, and Steve and you’ll know they love to laugh and find the humor in things. Because they’re family and have worked together for so long, they have a number of “inside jokes” that bring levity into their day. They admit to having their own lexicon of words and phrases to bring laughter to an otherwise serious moment. Scott’s artistic and satirical skills have also contributed to the development of a number of cartoons which they keep in a “funny file.”

Steve says, “We like to have fun, laugh, and tease each other. We have many good memories.”

​Family Business vs. Family Picnic
While they greatly value the opportunity to work together, they do have words of caution suggesting those interested in forming a family business remember it’s a family business, not a family picnic. As one of the founders and elder statesman of the group, Jerry offers the following advice:

“Be prepared to recognize and deal with weaknesses you may not have previously recognized in your family members. Weaknesses are magnified in a business setting. Be ready to deal with it.”

Scott concurs with his dad and urges, “Take time to learn each other’s strengths. Let people work in their strengths. Encourage them.”

Steve emphasizes, “Cherish one another and the opportunity to work together. Value people over money.”

It’s hard to know just how much Tri-Star Electrical will grow in the years to come, but I think it’s safe to say the Schnutes will continue to value the connection they have with each other and their customers. In terms of father-child relationships, they are easily an inspiration to many.

‍They can be reached for question or comment through their office manager, julie@tristarelectrical.com