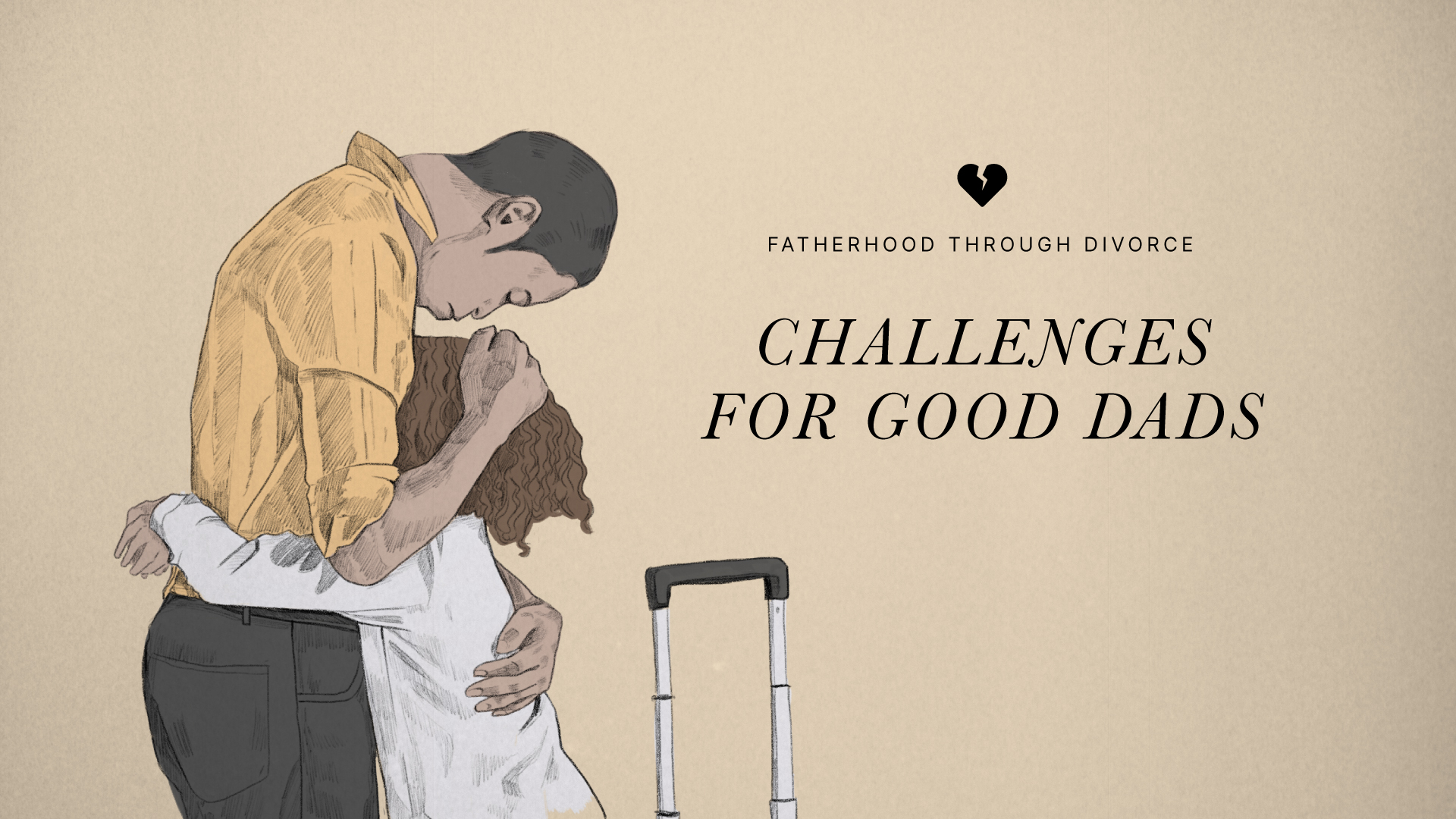 “She would have to have a needle in her arm for me to get primary custody of my children.” Those were the bitter remarks of a dad I was seeing in therapy 20 some years ago.

He was a good dad—really, the primary caregiver for the children. His wife left him for another man. Even though he was a good provider and there was no history of abuse of any kind, he knew there was very little chance he would be allowed to see his children more than two weekends a month and a few hours on Wednesday night. He was heartbroken, angry and bitter. How could it be, he wondered, that mothers were almost always given the benefit of the doubt when it comes to caring for their children? Fathers were rarely, if ever, awarded this concession or consideration by the courts.

That was twenty years ago and things have improved a bit. Today, many dads like the one described above, can expect to get at least half of the time with their children. Judges have come to understand and believe that fathers can be equally effective as mothers in caring for their children. Even so, many fathers continue to face an uphill battle when it comes to how they are viewed by others in an official capacity about their ability to care for their children.

How the World has Changed

In the past, children were once considered the property of fathers. If a woman left the marriage, the children stayed with their father. Of course, in those days women were much less likely to leave a marriage due to the stigma and the penalty of divorce. There were few legitimate ways they could support themselves, let alone their children. Divorce and losing contact with one’s children was not to be taken lightly. Women often suffered unfairly.

Then, gradually, things changed and mothers were almost always awarded custody of their children when a divorce occurred. This became the norm with the dramatic increase in divorce beginning in the 1960s, continuing until the early 21st Century.

Today, many more judges are considering the possibility that both parents are equally necessary for a child’s wellbeing. This has led to an increase in time awarded to fathers to the point where many see their children at least 50% of the time. Moreover, with a growing understanding and acceptance of the importance of father engagement to a child’s wellbeing, many divorcing couples arrange their lives to accommodate the needs of their children—occasionally even living in separate houses in the same neighborhood. When this is the case, children of divorce do much better. Sadly, in many instances, it doesn’t happen.

Many people think a father who pays his child support will be able to see his child. That simply is not true. In the eyes of the court, these are two separate issues. Paying child support does not guarantee one the right to see one’s children. Visitation is considered a separate matter.

While paying child support may make for a more congenial relationship between a child’s mother and father, it is not a guarantee this will occur. I’ve known a number of fathers who faithfully paid their child’s support only to continue to have a highly contentious relationship with their child’s mother. This may involve a mother’s refusal to have any sort of flexibility to accommodate a father’s work schedule, her unwillingness to share any meaningful information regarding the child’s activities or schooling, and missed visits or time together because of some mysterious unavailability.

You may be thinking that such actions on the part of the mother would put her in contempt of court – and you could be right, but going back to court typically requires hiring an attorney and money the father simply does not have. Some mothers will take chances with visitation issues, wagering that their child’s father simply won’t take the time and spend the money necessary to fight her in the courts.

Many fathers not married to the mother of their children find themselves consulting only with the feminine gender about their child’s well-being. Daycare workers, teachers, social workers and a guardian ad litem are all more likely to be female than male. As such, most tend to favor (or are perceived to favor) the parent of their same gender. Due to confirmation bias, it’s common for women to perceive a male parent as substandard to a female one. It’s also easy for a father to become wary of anything a female caretaker may say or suggest. She doesn’t see the world the way he sees it and he feels her judgment. When even the judge is female, a father often wonders if he can even get a fair opinion in the courts.

Both genders do it, but many fathers believe mothers do it more often and with greater effect. They engage in something known as alienation of parental affection. Basically, this involves deliberately doing one’s best to turn a child against his or her other parent.

Parental alienation is when one parent discredits the other parent to a child or children the two share. For example, perhaps mom tells her child that their dad doesn’t love them or want to see them. Or a dad tells his child that their mom prefers her new family (and kids with a new partner) to them.
Accusations can be mild, or they can become incredibly severe. This distorts the child’s perception of the alienated parent, regardless of how great their relationship was with that parent before.
https://www.healthline.com/health/childrens-health/parental-alienation-syndrome

According to the editors at Healthline.com 90% of parental alienation come from mothers, making it a significant concern for many single parent and/or non-custodial dads.

During the month of October, we’ll be digging into the concerns of fatherhood through divorce. If you have specific questions or concerns, please let us know. We want to help more dads be engaged with their children in meaningful ways and that includes fathers experiencing divorce.

Jennifer L. Baker PsyD is a clinical psychologist specializing in marriage and family therapy. She is also the Founder and Director of Good Dads. She can be reached for question or comment at jennifer@gooddads.com or (417) 501.8867.