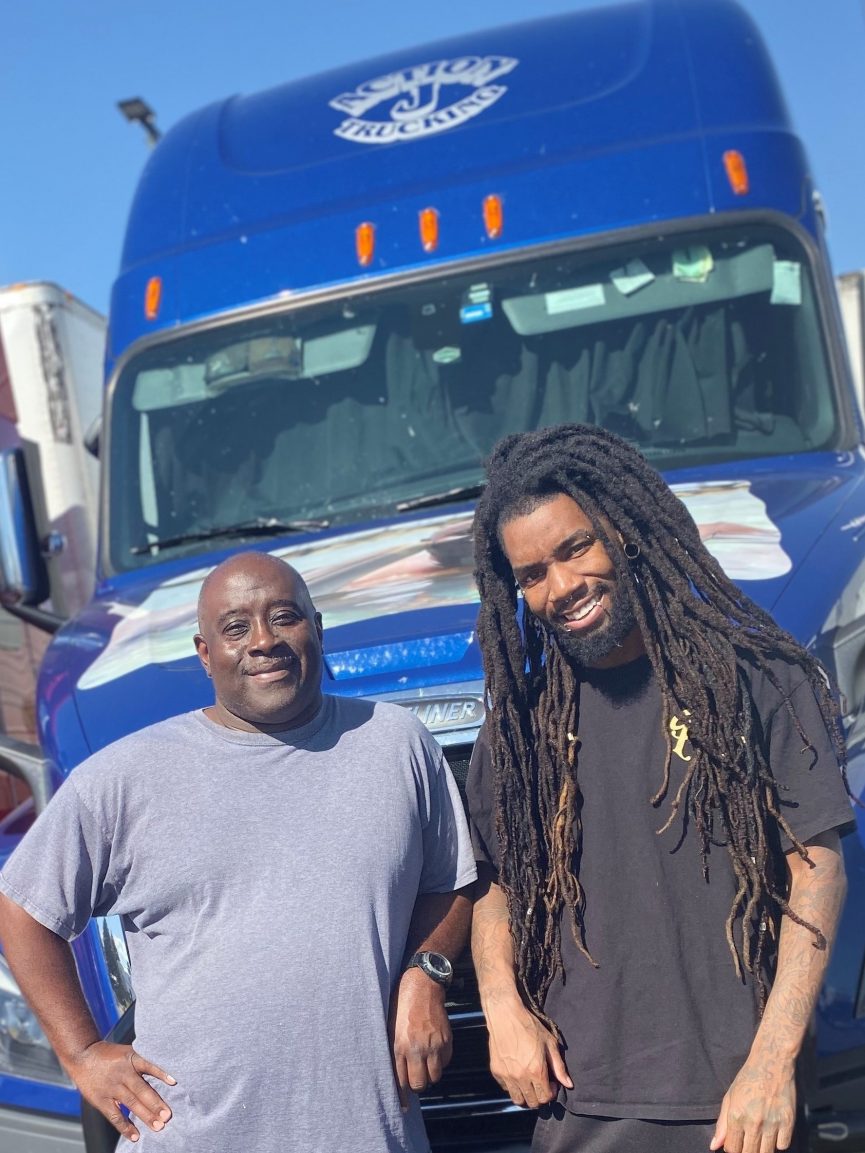 Johnny Jackson is doing what many dads wish they could do—teach their sons to do what they do and love it. Johnny, who drives a 2020 Freightliner Cascadia and hails from northern Louisiana, is an over-the-road driver. He’s been driving 29 years, the last 10 with Prime Trucking. Over the past ten years, Johnny spoke with his son, Antione, many times about learning to drive an 18-wheeler. Antione initially showed little interest, but Johnny was persistent. Not too long ago Antione called his dad and said, “I want to learn how to drive a truck.”

Johnny’s reaction? “I almost had to pull the truck over to the side of the road,” he explains. He was both surprised and thrilled that he would be the one to train his son.

“I was a tattoo artist,” explains Antione, “but the income from that was too sporadic. As a dad, I needed a more stable source of income to support my daughter. Driving a truck offered that benefit.”

Father and son have been driving together now for almost three months as part of Antione’s training with Prime.  What’s it like for father and son to spend so much time together? They both allow there was an initial adjustment period, but both also agree that they are now realizing many benefits from being together.

According to Johnny, “The best training I have done here at Prime Incorporated is now because I am training my son, Antione, to do what I love to do. It is nice to have something in common as a career because when you love something it is never a job, but a lifestyle. He has had to go through the first week with the other first time CDL drivers where they learned from the book and now we have been training and learning in actual practice for the last several weeks.”

Johnny and Antione offer the following words of advice to father-son driving teams:

Johnny sums it up like this, “Being able to teach my son the importance of everything from the pre-trip to the correct way to back into a space properly and safely is probably one of the best things I have ever done as a father. Watching my son learn from me and then pass the CDL test is great. We are now team driving for Prime Inc.”