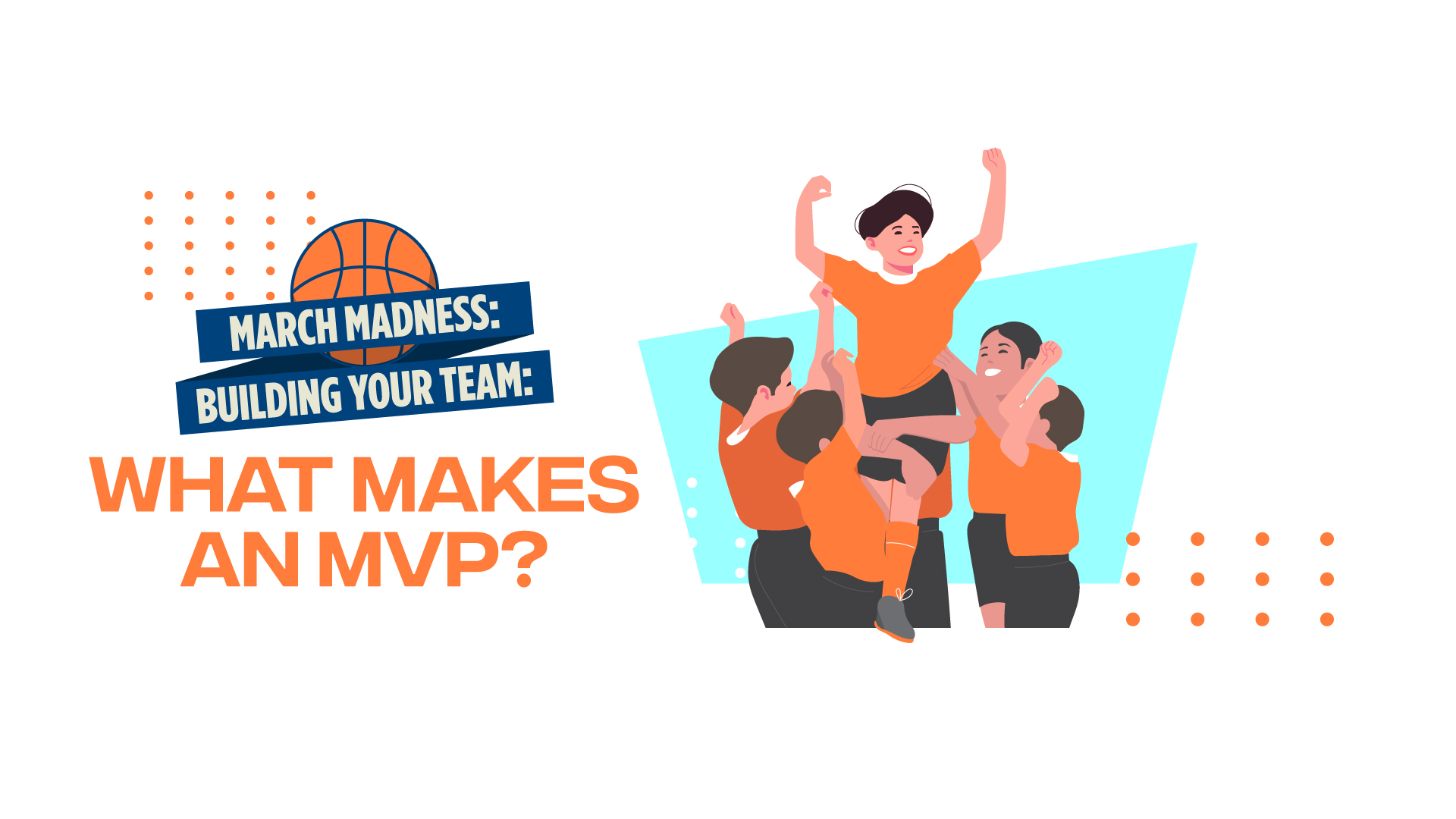 Building Your Team: What Makes an MVP?

What Makes an MVP?

An MVP is a Leader On and Off the Court

In the 2013-2014 NBA regular season, Kevin Durant averaged 36 points a game while also scoring 30 or more points twelve games in a row. He led Oklahoma City in a career high scoring game against the Golden State Warriors, while also surpassing Michael Jordan’s record for consecutive games where he scored at least 25 points.

Kevin beat out Michael Jordan for the MVP that year and finished the season with 59 wins. Kevin had an incredible scoring season, outperformed one of the greatest players of all time, beat him for the MVP, yet, if you google him his scoring record is not the only thing that comes up. Kevin Durant, known for earning the reputation of having a “kind demeanor,” donates a lot of his money, supports many charities, and was considered a leader both on and off the court. This begs the question. What makes an MVP?

In talking to coaches it becomes apparent that talent and high performance is a given when choosing an MVP, yet performance is not the only concern. Talent gets you to the table, but contributions to your team as far as leadership, integrity and kindness seem to be the attributes that make you stand out from the other MVP candidates.

What Does Being an MVP Have To Do With Being a Good Dad?

Even though it takes everyone working together to forge a winning season, men may question if they’re even on the team if they are not the star player. What does it mean to be an MVP (Most Valuable Player) and MVF (Most Valuable Father)? How does a child’s mother figure into this equation? Integrity, honesty, kindness, and wisdom are just a few of the qualities that can lead to being an MVF, but how do you achieve these if the example you had or the qualities you were told make up a strong man did not include these?

Whether you had a good or a bad example, as a man today it’s important for you to know that your view of manhood was influenced by the men around you in your childhood. It’s helpful and important to take time to look back and see what was and was not helpful and healthy.

When it comes to what defines a man, our culture often presents conflicting ideals regarding healthy masculinity. Whether it is a man who can lift a bunch of weight, or men with gnarly mustaches, the ideal man often has conflicting identities and leans toward heartless, stern men who only care for the “bottom line.” Examples like Kevin Durant show us you can dominate your field, and yet also show kindness and gain respect from others by having a kind calm demeanor. In today’s society where things are often painted as black and white, it is important to know you can be strong and calm. You can be a leader, and compassionate. You can be silly and serious.

It’s important to remember that every dad can become the MVP of his team once he realizes who he is as a man, what he wants to become, and what he needs to change to become that type of man.

The example we have had from our father does affect how we lead our families, but that does not mean we are stuck in these patterns. As you focus on becoming the MVF for your family ask yourself these questions and allow yourself to answer honestly.

Having answered these questions, do not be afraid to ask for help. Realizing we have been steered wrong is an attribute that can lead to being a MVF. MVP’s are not perfect, rather they realize areas in their game that are weak and do everything in their power to modify or strengthen other areas to make up for their weakness. We as fathers all

Drew Dilisio is the Community Support Specialist and Counselor at Good Dads. He is a recent graduate of Evangel University’s Clinical Mental Health Counseling program, a husband, and a father. He can be reached for questions or comment at drew@gooddads.com.