ARE WE FOOLING OURSELVES? 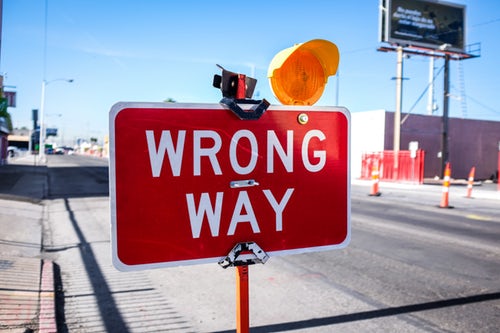 She didn’t exactly whack the back of my head when she lifted the lid on the overhead compartment in the plane, but she did hit it.

“Watch your head,” she said matter-of-factly, after she hit me.

Since I was removing my jacket from the overhead compartment on my side of the aisle at the time, I hadn’t expected to be hit.

“These things are so poorly design” she responded, and then gathered her belonging and hurried out of the aircraft.

Everyone on the plane seemed a bit tired of sitting knee-to-knee on a small regional jet, but I was a bit taken aback by her response to banging my head. Her behavior made me think of a book I finished recently, Mistakes Were Made (but not by me). Carol Tavris and Eliot Aronson assert how little we know about how we are experienced by others and how difficult it is for us to learn.

For instance, I doubt that the woman in the plane would want to be perceived as rude or ill-mannered. My guess is that in her hurry to get off the plane she raised the compartment lid too quickly and unintentionally hit me in the process. Given her response, it’s likely she was embarrassed.

She might have apologized or inquired about my well-being, but that would have been an admission, of sorts, of her part in the head hitting. Instead, she issued a belated warning to me and then commented on the design flaw of the airplane. While I was a bit surprised, Tavris and Aronson suggest this tendency is very common and not all that surprising. If we dislike certain kinds of behavior and then find ourselves engaging in those same actions, we have to find a way to excuse what we’ve done. In social psychology circles, this is known as self-justification or the self-serving bias.

When someone engages in self-justification, it can sound as if they’re lying, but there is a difference. Tavris and Aronson (2007) suggest that self-justification is “more powerful and more dangerous” because “it allows people to convince themselves that what they did was the best thing they could have done” (p.4) at the time. I wonder how many acts we see described in the nightly news would fall into the category of self-justification.

Tavris and Aronson describe cognitive dissonance as the “engine that drives self-justification” (p. 13). Cognitive dissonance occurs when we have two thoughts or perspectives that are psychologically inconsistent (e.g., “Punctuality is important;” and “I’m late again.”) When this happens, it is so uncomfortable we often seek to rationalize our behavior.

Instead of: “I’m sorry I was late. I should have left earlier,” we say, “That traffic was terrible. They really need to do something about the streets.

Instead of: “I over-reacted. I’m sorry I got so angry,” we say, “If you had just explained what you wanted with more detail, I would have been fine.”
Mistakes Were Made caused me to think about a lot of things. I wondered how often I really worked to understand a perspective other than my own. I pondered how others might experience what I see as my own perfectly logical behavior. I considered a very human tendency to give myself a pass on less than favorable behavior, while nailing the same flaw in others. It’s not comfortable thinking, but if I want to avoid the justification of foolish beliefs, bad decisions and hurtful acts, I probably need to do more of it.

Mistakenly yours, more often than I would like to admit, Jennifer L. Baker

‍Dr. Jennifer Baker is the Founder and Executive Director of GOOD DADS. You can reach her at jennifer@gooddads.com