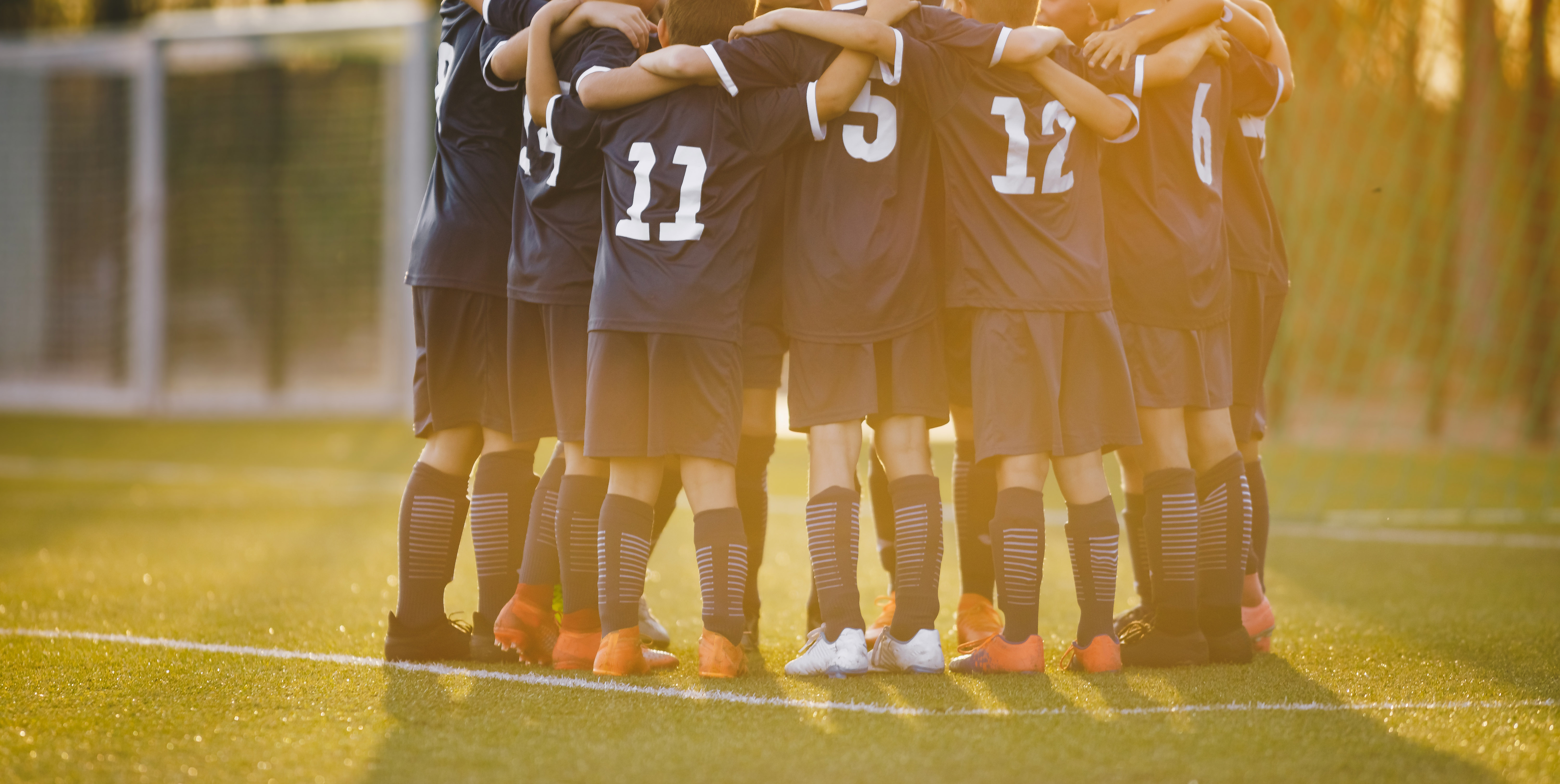 Let me explain. I was a network administrator. Sounds much more glamorous than it was. I basically worked for 10 hours straight through the night printing reports, changing out tapes and monitoring multiple screens to make sure nothing went down.

Never quite feeling completely awake and rarely being fully asleep, led to a zombie like state that could make fathering difficult. It also gave me three days a week off and I could do stuff with my kids during the day.

After a long night of work I was reminded that my 8-year-old daughter, Abigail, was signed up for soccer at the local YMCA. Taking her to her first soccer practice sounded like something I could do even with most of my brain already at rest.

I’m not sure how it happened, but an easy trip where I got to watch my kid be coached turned into me coaching… the entire team… for the whole season.

What I learned during that one season of non-competitive, community children's soccer, with teams coached by any warm body, rivaled what years of high school sports had taught me.

In high school I suffered from a common ailment known as insecurity. Anxiety joined me on the field. As a starting defender on a large undefeated lacrosse team, I can now look back and say that I was good at it. At the time, I mostly felt like I should do better and wasn't quite sure I was ever good enough.

1. Your child's value is never in question regardless of the number of trophies they have.

Coaching kids in soccer taught me they had value before the game ever started. Their value didn't decrease or increase based on performance. Stress, anxiety, performance pressure, and ability comparison is not even a requirement to be excellent at sports. Hinting they will somehow be less of a person in my eyes if they don't out perform others creates “better” results . . . for a time. Like kids who are forced to practice piano, they often do get “better” momentarily. However, when coercive measures are not present, many never touch the instrument again wanting to avoid the unpleasantness associated with it.

2. Find a reason to celebrate your child regularly. (Actually celebrate THEM, not just their performance on the field.)

Modeling joy and celebrating participation naturally leads to great performance without manipulation or condescension. As a young man I unfortunately learned to withhold celebrating myself and others. In fact, I developed a fear of celebrating today's accomplishments. I became dependent on negative motivators that told me that being content or happy with myself and others would take away the passion needed to win. Don't believe this lie. Celebrate often. Celebrate them. Let them celebrate you. Let the simple joy of sports be the awesome motivator it is.


3. Model celebrating and learning from others, even if they are on the other team.

Let them be good at enjoying playing the sport. There are around 8 billion people in the world. If you require your child to be the “best” at anything they only have a 0.00…1% chance of living up to your expectations. (No, I didn't really do the math.) It wasn't until I was well into my adult life that I could actually appreciate the abilities of others. When I was younger I resented anyone with talent because I was supposed to be the “best.” Give your child permission to not be the “best.” You could even give them permission to celebrate others, even those on the other team. Believe it or not, this will not only make them a better person, but will help them learn new skills in their chosen sport. It helps to make them teachable.

4. Help your child discover and pursue THEIR passions. (When they want to play a position or sport different than what you want for them, build their confidence by letting them be right about their choice.)

The team I coached was a children's community league where everyone got to try every position. I once had a parent explain to me that his daughter was more of a forward than a defender and that I should put her in the game more often. He was basically telling me how much better she was than the other kids. This is a common assumption of insecure parents. I gently went to his daughter, knelt down and asked her if she would like to play. As I had suspected, she didn't even want to play. As fathers we can often be so overly concerned with our child outperforming the other kids that we lose sight of their heart, their desire. Give them permission to have passions different than yours. Let them explore sports and team positions you wouldn't have chosen for them.
​
5. Your child’s safety and the safety of others is always the greatest win. (This includes not just physically safety, but also emotional, mental and social well being.)


The young YMCA youth soccer gentleman that recruited volunteers such as myself, also oversaw multiple Saturday morning games. When we ended up with too few kids for our game he decided that both teams of kids would be combined and play against the adults. For safety reasons both goalies were played by adults. We gently passed the ball to each other and cheered the kids on.

Then it happened. That young man almost lost his life! I’m 6’4” and came very close to showing him my full contact skills. He thought all the kids were out of the way and decided to treat this as a professional game. Kicking the ball as hard as he could toward the adult goalie he nailed my daughter,  Abigail, knocking her to the ground and completely knocking the wind out of her. She lay on the grass in pain and panicking to breath. I made a split second decision between introducing my recruiter to a combat sport and holding my girl.

Safety first. Be more concerned about your child's safety than their performance. Not just physically, but emotionally and socially as well. You could even demonstrate being concerned with the welfare of others over “winning.” It may seem simple to you, but for me on that field that day it was a huge “win” to keep my cool and accept that young man’s heart felt apology. He truly didn't see my daughter. He really did feel bad about hurting her. His safety was important too. Verbal and/or physical violence would have done no good. As their coach it would have only modeled really bad behavior.

And lastly, it is within the context of sports that fathers have one of the best opportunities to demonstrate the power of being kind. As a friend recently told me, “it is nice to be important, but it is even more important to be nice.”